Guitar.com: We sit down with the legend himself. Read the entire interview @ this location.

Given that you’ve put out four records in 10 years, do you consider this band your main focus? Is Guns the side project?

No, I’ve been thinking about this. I think one of the great things about [GNR] and why there’s such longevity, and I don’t wanna jinx it, but it’s because we don’t take it too seriously. Guns N’ Roses was obviously my entire life and that’s where I come from. I’ll always be part of it and I don’t mind being recognized as ‘that guy from that band’. At this point I’ll probably do it till I’m pushing daisies.

It’s always been a lot of fun but it became a really big band, so the tension is palpable. Like with Velvet Revolver, everybody around that band had all these delusions of grandeur. Not the band itself, the people around it. It was very difficult, so it didn’t stand a chance long-term. With this band, it just sort of does what it does for the fun of it. I don’t think we’ve had any real expectations and we’re not trying to be huge or do anything apart from have a good time. That’s why it’s been so easy and gone by as quickly as it has. We spend a lot of time on the road and we just have a good time. Nobody really thinks about all the other bullshit.

And having signed with Gibson Records, it looks like there’s plenty more to come from SMKC. You’ve played their guitars for decades, so was this partnership a no-brainer?

When Gibson came and said they wanted us to do the debut release, I was taken aback for a second. I had no idea they were starting a label to begin with! But this is a magic pairing. As an instrument company, they’re all about music. Gibson is obviously big, but not corporate in the sense that it’s some fucking giant product behemoth. Most of the labels now are conglomerates and they have major companies that support and fund them. It can be very materialistic and about money, at the end of the day.

With Gibson, it was more about doing something that’s a little more down-to-earth. It seemed like a great idea and I’m actually working with a lot of the same people. But the best thing about it is that their hearts are really into it. They wanna do a great job and I’m excited for any artist that they pick up going forward. 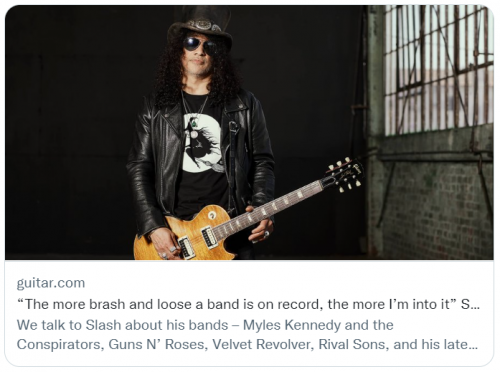 Previous: Steve Vai: The Hydra Guitar – VIDEO – 2022
Next: Jim Carrey on Hearing PANTERA for the First Time: “It hit me on such a level of like extreme stimulation” Sonic 2 The Hedgehog “Walk”