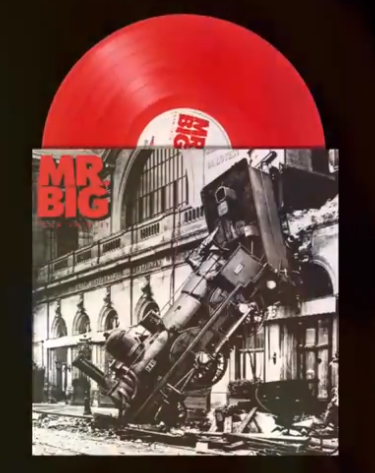 Lean Into It shows that Mr. Big could strip away all the flash and seven-minute solos and simply create well-written songs with rhythm, groove, and good melodies, making the band one of the iconic new wave of progressive “musician’s bands” who could play mind-blowing complicated riffs on their instruments at lightning speeds.

This is one of the ever-green albums of ‘80s-style hair band rock that transcends the years and 2021 marks the 30th anniversary of the release. evoxs is remastering the album using hi-resolution digital transfers from the original analog master tapes and will be manufactured as a high quality 180g limited numbered vinyl – solid red as part of RSD Drops. A vinyl version has only ever been released in the USA as a ‘Record Club’ edition and has been out of print worldwide for over 20 years.

View a list of participating stores near YOU @ RecordStoreDay.com

Who’s getting this on Record Store Day?!