Vicky Cornell: My children and I are heartbroken to learn of the vandalization of Chris’s statue at the Museum of Pop Culture in Seattle. The statue is not only a work of art but a tribute to Chris, his incomparable musical legacy and everything that he stood for. It represents Chris, who is beloved not only in Seattle, but worldwide. In the face of this hate and destruction, we are thankful once again to the fans who stood up to support him and showed such immense love. It lifted our hearts to hear that fans brought supplies and attempted to clean up the heartbreaking vandalism. The statue will be restored. Hate will not win. Chris is Seattle’s Son! 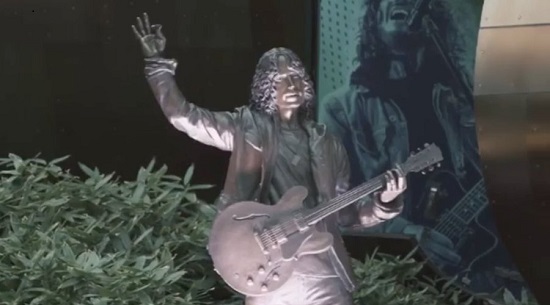