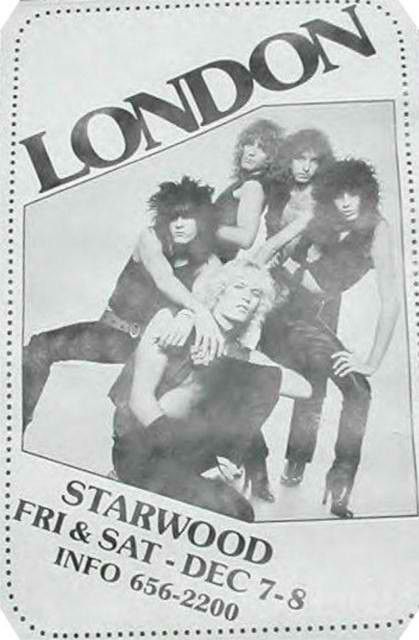 full in bloom:  What year did London form, and how long was the original version of the band together?

Lizzie Grey:  Nikki (Sixx) and I started London in early 1978. The band was the center of the universe in Hollywood for a little over a year before it crashed and burned in late 1979 with the loss of vocalist Nigel Benjamin, who had joined London after the demise of the post-Ian Hunter Mott the Hoople band.

full in bloom:  It was in London that the song, “Public Enemy #1” was written. Was the song written by you and Nikki or just you, and how much did it change by the time it was released on Too Fast For Love?

Lizzie:  I wrote the song, brought it into the band to work it up, and it became the centerpiece of the London live shows. The version that appears on the Too Fast For Love album is not very different from the original, except for the “Oh yeah” chorus parts. To be perfectly honest, I was a bit upset when I first saw the Leathur Records album giving me half-credit for my own song. I really didn’t think much would become of the band or the record, though, so I didn’t do anything about it. When I found out that Elektra was re-releasing Too Fast For Love, I immediately contacted the label and threatened a copyright infringement suit on the song. Shortly thereafter, I got a call from Nikki, who told me I could accept things the way they were, or he could pull the song off the album. I decided that my ego needed to take a back seat to monetary considerations. The rest is history. 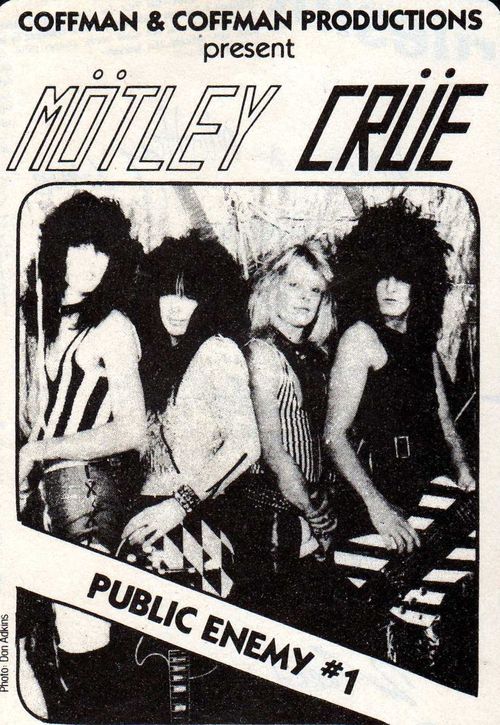 full in bloom:  Do you have any points on the “Too Fast for Love” release, or is it just based on publishing?

Lizzie:  Do you really want to bore your readers with the mechanics of entertainment law?

full in bloom:  How much have you made, rough estimate, over the years from that one song?

Lizzie:  Enough to make me feel better about getting half-credit for my own song.

full in bloom:  What were your initial thoughts of early Motley Crue?  Was there a defining moment when you thought that Nikki was really going to make it with that band?

Lizzie:  When I first saw them in their fledgling stages, I thought they were basically carrying on the London glitter/glam hustle as a four-piece with a better drummer. When they started being taken seriously as heavy metal heroes, I was more than a little surprised by their mass appeal with that audience. Go figure. 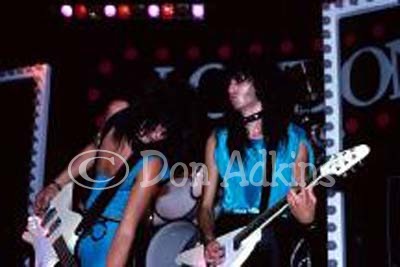 full in bloom:  Please share one good drug story with you & Nikki.

Lizzie:  Throughout the Starwood years, we drank tons of rum and cokes, and every time we performed there, it was a “snow flurry” of white powder backstage. It was the 70’s, and that was the drug of choice. Perhaps my best memory of an incident involving Nikki was his fairly regular throwing up behind his amplifiers while we were onstage.

full in bloom:  Did the original version of London ever record anything? If so, will it ever be released?

Lizzie:  While Nigel Benjamin was in the band, we recorded a 16-track demo in Burbank. Three of the songs from that demo “Nobody Loves You Like I Do,” “Straight from the Heart” and “Dream Girl” appear on the Spiders & Snakes London Daze album released on Deadline/Cleopatra Records.

full in bloom:  What are 3 fond memories from your days in the first version of London. 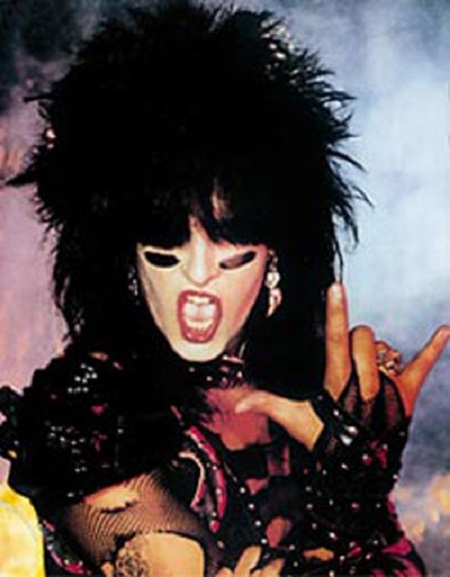 full in bloom:  What was it like working with Nikki Sixx?

Lizzie:  In London, Nikki and I were like real-life cartoons, Heckel and Jeckel, having a lot more in common with the punks than with the heavy metal rock heroes of the time. We played off one another well, and the chemistry on stage was electric, but neither Nikki nor I were perceived by the public as bass or guitar heroes. Even with the phenomenal success of Motley Crue, I think that the questioning of his abilities as a bassist in comparison with the “virtuosos” has plagued him. I’ve never much given a damn what the elitists thought of my playing. If it works for the fans, then it works, and you’re no less a rock hero.

full in bloom:  Why did Nikki leave the band?

Lizzie:  We couldn’t find a vocalist to replace the unique voice of Nigel Benjamin. That was an integral part of the chemistry of London. We had great pop melodies that simply couldn’t be carried off by the average vocalist, regardless of how much make-up or hairspray they tried to disguise it with.

full in bloom:  Soon after Nikki left London, Blackie, once again, joined the group. Why did he join, and why did the band break up soon after?

Lizzie:  No mystery there. Blackie was tired of wallowing in obscurity, as anyone can become after years and years in the rock and roll underground. London had a name and a huge draw, and Blackie wanted to be a part of it. Unfortunately, he simply couldn’t pull off the pop melodies. I told him that his best angle was being an Alice Cooper shock-rock animal, not a pop crooner. Fortunately for him, he took my advice and formed W.A.S.P. Good thing because he was absolutely horrendous in London.

full in bloom:  After Nikki and Blackie “made it,” did you notice a change in either of them?

Lizzie:  Yes. They didn’t want to be around anyone that reminded them of the time when they weren’t rock stars. That makes Lizzie Grey “Public Enemy #1” to them. Pardon the pun. 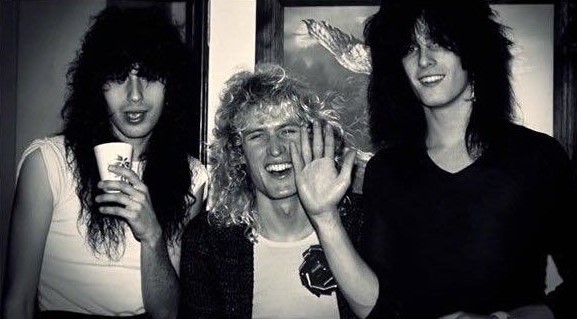