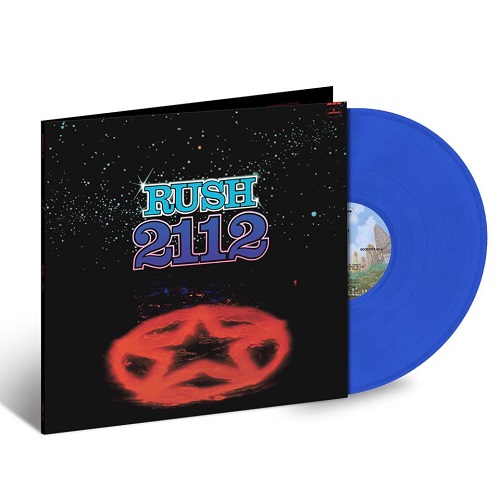 Due to popular demand, a special run of Rush’s fourth studio album, 2112, is being made available exclusively via Rush Backstage.  Originally released on April 1, 1976 by Anthem Records, the album proved to be band’s commercial breakthrough and remains one of their most popular to date.

Available for the first time on colored vinyl.

This release is manufactured on limited edition opaque blue 180-gram vinyl and features the 2015 remaster by Sean Magee at Abbey Road Mastering Studio and a “red star of the federation” hologram in the Side 2 run-out groove.