KISS’s Paul Stanley: Cryotherapy!!!! Shrinkage of inflammation… And everything else! – 2022 – Australia Tour 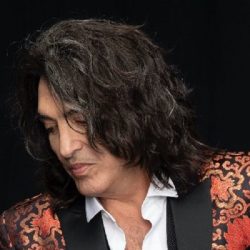 Cryotherapy!!!! -200 degrees Fahrenheit! That’s -94 degrees Celsius right? No clothes! Shrinkage of inflammation… And everything else! 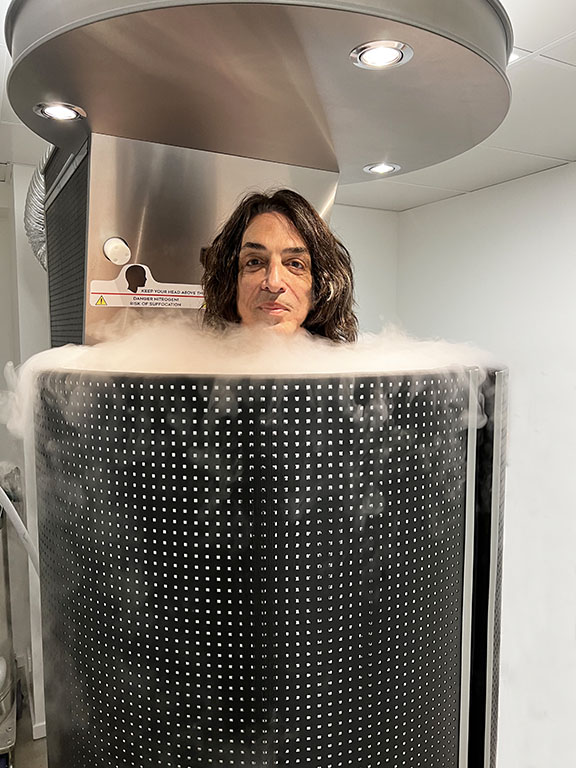 Cryotherapy, sometimes known as cold therapy, is the local or general use of low temperatures in medical therapy. Cryotherapy may be used to treat a variety of tissue lesions.

Cryotherapy is used in an effort to relieve muscle pain, sprains and swelling after soft tissue damage or surgery. For decades, it has been commonly used to accelerate recovery in athletes after exercise. Cryotherapy decreases the temperature of tissue surface to minimize hypoxic cell death, edema accumulation, and muscle spasms, all of which ultimately alleviate discomfort and inflammation. It can be a range of treatments from the application of ice packs or immersion in ice baths (generally known as cold therapy), to the use of cold chambers.

While cryotherapy is widely used, there is little evidence as to its efficacy that has been replicated by or shown in large, controlled studies. Its long-term side effects have also not been studied. However, there is a study that concludes that cryotherapy has a positive impact on the short-term recovery of athletes. Cryotherapy helped manage muscle soreness and facilitate recovery within the first 24 hours following a sport-related activity. Athletes who use cryotherapy within the first 24 hours to alleviate pain recovered at a faster rate than athletes who did not use cryotherapy after their sport-related activity.

There are different types of cryochambers, each with different mechanisms of action and uses. The Partial-Body Cryotherapy (PBC) makes use of nitrogen to decrease the temperature. This cryochamber is an individual, tube-shaped enclosure that covers a person’s body with an open-top to keep the head at room temperature.

The second cryochamber is called the whole-body cryotherapy (WBC) and makes use of electricity to reduce the temperature inside the chamber. In contrast to the first, the user fully enters the electrically operated chamber.

This is a specific type of low-temperature treatment used to reduce inflammation and painful effects.

YES! I’m LOVIN’ it!
Live Review: KISS at the end of the road in Melbourne https://t.co/c44e4zmSvm