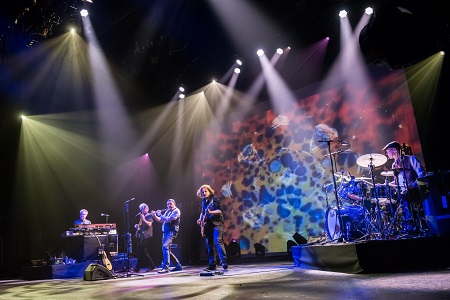 To celebrate the anniversary of Jethro Tull’s first gig on February 2, 1968 at the world-famous Marquee Club in Wardour Street, Ian Anderson and his band presented 50 Years of Jethro Tull with the initial UK dates, which took place this month.  A recap about the 8-date trek can be found below. 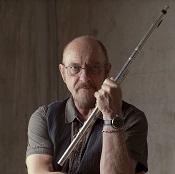 “Many thanks to the band and crew for their hard work and, of course, to all the fans for supporting us on the UK tour in April. It is a joy for me to re-engage with some of the early material rarely played over recent years. And a big reminder of the iconic British venues which we have visited so many times over the last 50 years. Well – at least 40-something of them!

“Wonderful to see so many people from far-off lands making the pilgrimage to UK venues to see us. AND taking advantage of the relatively low sterling value to enjoy a little vacation and sample the delights of the local Taj Tandoori at midnight.

“O2 Apollo Manchester, Newcastle City Hall, Edinburgh’s Usher Hall, Bristol Colston Hall and The Royal Albert Hall are venues which we first visited in the couple of years following our initial success at the Marquee and other clubs in 1968. Nothing much changes, including the dressing rooms in most cases! It will be great to see the revamped Colston Hall in due course and after the lengthy refurbishment they promise to the auditorium and the backstage facilities.

“I do hope I haven’t infected anyone in the front rows with the nasty bug and chest infection I picked up in cold and windy Newcastle. Two hours of aerobics every night on stage means a lot of breathing. Come to think of it, maybe it was you guys in the front rows who infected me! Ah, well – we’re all in this together.

“We hope to visit a few more cities in the UK to perform the 50 years show in the early months of 2019 so keep an eye open for news on this page. In the meantime we have three special Christmas cathedral concerts this year in Chester on the 1st December, Birmingham on the 17th Dec and Hereford on the 18th. All ticket money income in aid of the cathedral funds for maintenance, building works and improvements. Do come along for a joyous introduction to the festive and religious occasion of traditional Christmas, be ye of faith, little faith or none at all.