Ritchie Blackmore on Graham Bonnet: “I was seriously contemplating hitting him over the head with my guitar” – Rainbow – Deep Purple – Alcatrazz 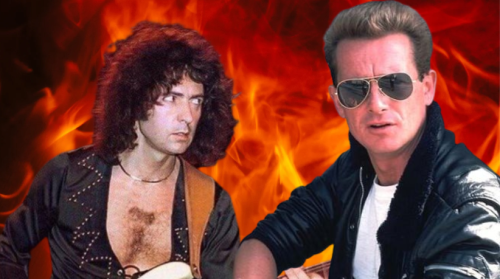 In 1979, vocalist Graham Bonnet was approached to join UK glam rock band The Sweet as replacement for Brian Connolly. However, he was soon chosen by guitarist Ritchie Blackmore to replace Ronnie James Dio as the new singer for Rainbow. Blackmore shares a story from the Rainbow/Bonnet era. 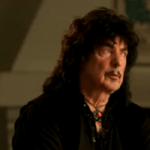 I said, “Graham, our audience expects you to be a bit more not shaved, bit of long hair, a bit more dirty. He said, “Yeah, well, I used to have long hair,” and we’re going, “ok.” I went: “Yeah, but our audience doesn’t want that Las Vegas style jacket and smooth hair. They want a rough looking guy.” So, I thought, if we let him grow his hair longer for the first night in Newcastle, which was about three months away, at least we could get his hair to his collar – rough him up a bit. 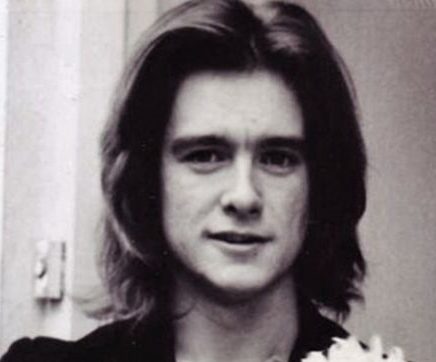 He kept threatening to have his hair cut and really short. That’s not going to work with the fans in ’79-’80, everybody was like, the look – long hair, rough, whatever. So, we got Colin Hart (Rainbow’s Tour Manager) to room next to him. I said: “You know what? You make sure Graham doesn’t leave his room. He might go and get his hair cut.” It’s just starting to get a bit longer, and he’s looking a bit rough. Colin goes: “Leave it to me. He won’t get past me.” He kept his door open, and he was right next to Graham’s room. I said, “Good.” At least he’s now looking a bit the part that we can kind of play to our rough audience. They don’t want to see a smooth Las Vegas guy. So, what happens is, Colin calls me up, “Oh, no, guess what?” I went, “What?” He goes, “He got out the back window, got into a taxi and has had his hair cut.” I was seething at the time.

It’s the whole principle of the thing. It doesn’t matter if you’re losing your hair, or whatever. He went out and purposely shaved his hair. He shaved it short like he was going to appear as David Copperfield. I was seething. And he knew, we told him a thousand times not to cut his hair, “Just let it grow and be natural, and I think you’ll be accepted by the fans.” Nope, went out, came back. Of course, he looked ridiculous.

On stage that night, I was seriously contemplating hitting him over the head with my guitar. He was singing to the audience and doing his bit. I saw the back of his shaved neck, and I went, “I’m just going to put my guitar across his head,” but then I’m like, “I’d be back in prison again.” But I really was so tempted to just take it and go, “Whack.” Because he had done it deliberately out of contempt. He knew that to be in our band, it was about roughness, and he had gone out of his way to be Mr. Smooth again.

After that, there was no communication. It was a total breakdown. It was like: “You’re in another world. Go to Las Vegas. You need to be in Las Vegas. We have our audience, which is heavy rockers. They don’t need to see Mr. Las Vegas.” 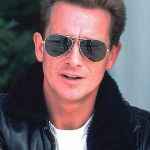 It wasn’t my plan to be weird or anything like that. I cut my hair at the suggestion from my then girlfriend. She said, “Why don’t you do something different?” My hair used to get in the way when I was recording, and I was using headphones, so I went for it. I went for the button up shirt with jeans. It was a very 1950s style, which fit in the sense that it was the music that I grew up on. When I was a kid, I would listen to Little Richard, Buddy Holly. I’ve always liked that kind of music and the style of the time or fashion if you will. I stuck with it because it’s what I was I was comfortable with.

When I went for the audition with Rainbow in London, I said to my manager, “You know, I’m not going to fit with these guys. I just don’t think I’m the right guy for this.” They looked different than I did, and I really didn’t think I was right for that band. I had never heard of them because I was in my own world. I never listened to hard rock or heavy metal or whatever. -from an interview with SleazeRoxx.com

I didn’t know about Rainbow at all. I didn’t have a clue about them! I knew Deep Purple, but I certainly didn’t know about Rainbow at that time. Roger Glover got in touch with me and asked if I wanted to come to France to audition for the band. He added that they had already auditioned 79 singers (laughs)! I had nothing to lose. So, I bought a couple of Rainbow albums and flew to France.

I wasn’t into rock at that time. I preferred more R&B stuff, like Stevie Wonder and, of course, The Beatles, my favorite band ever. I wasn’t so much into Purple or Zeppelin because I preferred the singing side of a record and not so much the technical aspect of a song.

Anyway, when I started singing “Mistreated,” I was so loud they started laughing immediately because the microphone wasn’t even on (laughs)! When I sang a little bit with the microphone on, they said after a couple of minutes that the job was mine! It was that simple. -from an interview with Rockpages.gr