Eddie Van Halen on the Recording of Van Halen I: “The album is very live. No overdubs.” – 1978 Guitar Player Magazine Interview 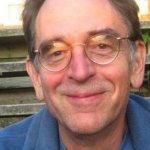 I was shooting basketball backstage at the July 1978 Day on the Green concert in Oakland, California, when a young guy came over asked if he could join me. After a spirited game of one-on-one, we sat down to cool off. He asked me what band I was in. When I told him I was an editor for Guitar Player magazine, he said, “Why don’t you interview me? Nobody ever wants to interview me.” I asked him who he was. “My name is Edward Van Halen.” Whoa! I turned on my tape recorder and Eddie gave me what he’d call “my first interview.” This excerpt is the beginning of that conversation. You can access the complete interview @ this location. 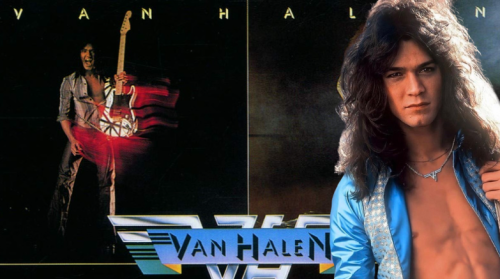 How long did it take to cut the first album? 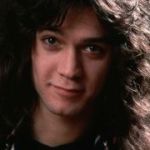 Three weeks. The album is very live. No overdubs, just imagine Ted Templeman. I’d say out of the ten songs on the record, I overdubbed the solo in two, “Running with the Devil” and “Ice Cream Man”…and “Jamie’s Cryin’,” three songs. All the rest are live.

I used the same equipment I use live, one guitar, solo during the rhythm track. Al just played on one set of drums (laughs), and Mike, you know, and Dave stood in the booth and sang along lead vocals at the same time. The only thing we did overdub was the backing vocals because you can’t play in the same room and sing because the amps would bleed through the mics.

But the music, I’d say, took a week, including “Jamie’s Cryin’,” which we wrote in the studio. I had the basic riff to the song; I was just dicking around. And my guitar solo, “Eruption,” wasn’t really planned to be on the record. Me and Al were dicking around rehearsing for a show at the Whisky, so I was warming up, practicing my solo. Ted walks in and goes, “Hey, what’s that?” I go, “That’s a little solo thing I do live,” and he goes, “Hey, it’s good, put it on the record.” Same with “Jamie’s Cryin’.” The music took about a week, and the singing took about two (weeks).

What’s the difference between the studio playing and your live playing?

Well, between that record and the shows we’re doing now, I’d say none. (laughs) Because you’re jumping around, drinking a beer, getting crazy in the studio, too. There’s a vibe on the record, I think. To me, a lot of bands keep hacking it out, doing so many overdubs, double-tracking, and shit like that. It starts to not sound real. Then a lot of bands can’t pull it off live because they overdubbed so much stuff in the studio that it either doesn’t sound the same or they’re standing there pushing buttons to get their tape machines working right or something. We kept it real live. The next record will be very much the same.

You already got plans for it?

Oh, for the first record, we went into the studio one day with Ted and laid down…we always played live, you know…we laid down like forty songs. And out of those forty, we picked nine and wrote one in the studio for the record. So, we got plenty of songs.

As a matter of fact, I’m going to get together with Ted on Wednesday and figure out which songs from that tape that we’re going to use for the next one. But we’ve been writing. We’ve got so many more songs since that tape, and we got like thirty songs left just on that tape. I think we’re going to use just that tape for the next album because Ted seemed pretty sure that we got some hit action, or whatever, just out of those songs. A little polishing here and there. The basic ideas are there.

Previous: Alice in Chains “Would?” Live on BBC’s Later…With Jools Holland in 1993 – HD VIDEO
Next: Gentle Giant Plays w/ Black Sabbath at the Hollywood Bowl – Firecrackers Thrown Onstage – Tony Iommi Collapses From Too Much Coke – On This Day in Rock History – VIDEO