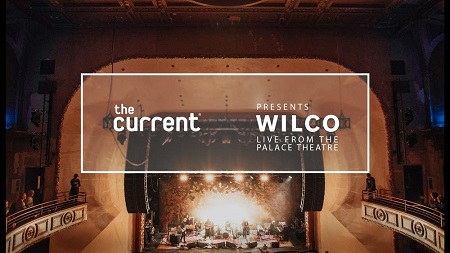 Presented by The Current:  Wilco will stream their live concert  tonight (11/16) at the Palace Theatre in St. Paul, Minnesota. The band is expected to begin at approximately 8:30PM (CT). Tune in at this location.

The shows at the newly renovated Palace Theatre in St. Paul will be the last chance for fans to see the band perform for a while, as Wilco will take a hiatus from touring for most, if not all, of 2018 to record new material and for individual members to pursue other projects.

The tour supports the acclaimed Chicago band’s 10th studio album, Schmilco (dBpm Records), described by NPR as “perfectly understated and deeply affecting,” and follows the recent release of Jeff Tweedy’s Together At Last, which features solo acoustic versions of Wilco classics and beyond.