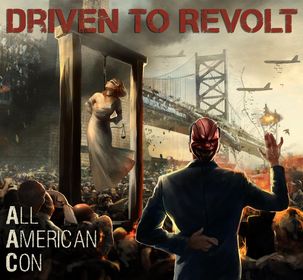 Sledgehammered into quicksand! That’s how Driven To Revolt (DTR) drags you under. Balancing the groove with enough progressive teasers to keep you hooked. This didn’t happen overnight. The guys have been fine-tuning their craft for decades, and it’s evident. Ducking and weaving between fury and pulsating drive, shifting to more melodic choruses, then sucker punching you in the face when you least expect it.

DTR has been living this shit since they were kids. Finally, Rick, Ozzie, and Kevin went all in, and they created the metal album they have always wanted to hear. The timing is undeniable. All American Con is a sonic image of where we find ourselves in the early 2020s. The album is DIY but produced with precision.

The verdict is in! This album demands a listen:

Driven to Revolt are here with both their aggressive sounds and iconoclastic lyrics. In style it’s solid, churning groove metal, that development of thrash that maintains its outrage at the world but exchanges raw speed for tempered grooves and rhythms!” 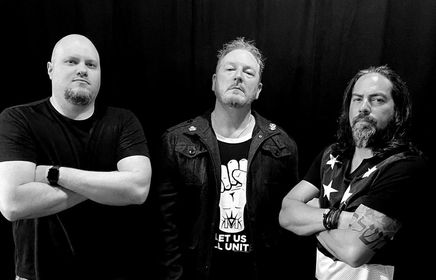 Listen to DRIVEN TO REVOLT on:

Previous: Joe Satriani: An Evening of Music & Conversation – Newsday Music Series – NEW ALBUM – 2022
Next: Blondie Co-Founder Chris Stein: “My body’s not up to the task of touring now” – 2022