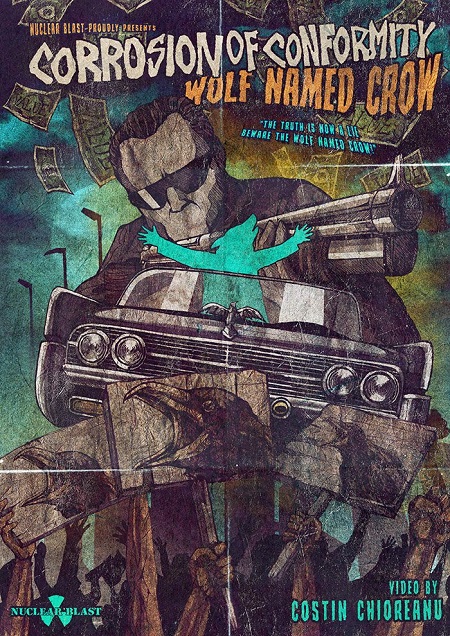 Tune in tomorrow (12/1) to check out the premiere of the new video for the song “Wolf Named Crow” from Corrosion of Conformity’s forthcoming album, No Cross No Crown, available worldwide on January 12, 2018 via Nuclear Blast Records. We’ll embed the video as soon as it’s up.

Recording in North Carolina with Grammy-nominated producer John Custer, the band cut the album in about forty days over the course of a year. “We took our time and didn’t put any pressure on ourselves,” says frontman/guitarist Pepper Keenan. “I’d go up from New Orleans and we’d do four or five days at a time, just hacking away at it. It was fun because we did it like a demo, but in a studio. We were writing and putting it on tape at the same time. We took what parts we thought were great from the old days and weren’t scared to go backwards. It kinda wrote itself that way.”