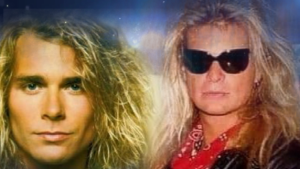 David Lee Roth to Mike Tramp, “Take me to McDonald’s” 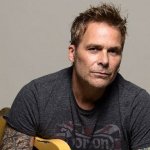 We had some big hits and we sold a lot of records. But where were the people when we really needed them? Where were the accountants? Our accountant at that time forgot to file the tax return in our biggest year. And I remember three weeks after my son was born, I was actually living in a guest house over in the Valley. I owned a ’58 pickup truck with a Cadillac engine, and you had to start it with a screwdriver. Basically, just saying that’s how low I was on cash. And I go out to the mailbox and there’s a letter from the IRS, and it says, ‘You owe $950,000.’ And I think I had $2,200 in my checking account. I didn’t have a savings. And Vito (Bratta) got hit the same way. And that’s really just how it all ended up. So I had no money to pay them.

Basically, for the next 20 years, they put a lien on all income for Mike Tramp in America, my royalties. I had actually forgotten that I ever had a hit, that I ever made any money. Until one day, a new accountant, he was just taking care of some old paperwork: “You actually have a check coming in now. They have let you go.” So, 20 years to pay off $950,000.

Eddie Van Halen and David Lee Roth at McDonald's on Watson Road in St Louis after an interview at @KSHE95 pic.twitter.com/UtoWBjw6Og

Previous: The Doors’ John Densmore Unboxes “A Guide to the Labyrinth” by Jim Morrison Box Set – Unboxing VIDEO – 2022 – Boxset
Next: Def Leppard: CHICAGO – are you ready to bring YOUR heat – VIDEO – The Stadium Tour 2022