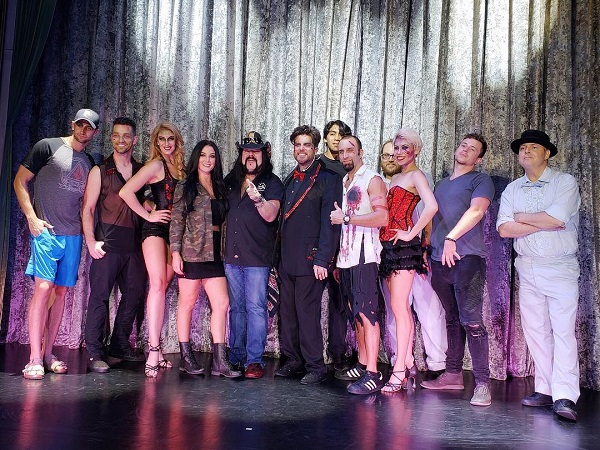 Zombie Burlesque takes you back to the year 1958 in a world where the undead have taken over! Our story takes place shortly after the President of The United States struck a deal with the invading Zombie hordes to allow the living and the dead to coexist.

In exchange for peace, civilization promised to give the undead their worst prisoners, and so far the deal has held up better than they had expected. In an act of good faith, the zombies have opened up the doors to the most debaucherous club in the world of the undead. That’s right! Club Z is now open to the living, and we promise no harm to anyone.

About the Show
From the minds that brought you VEGAS! THE SHOW, comes the most hilarious “undead” Las Vegas comedy musical ever to take the stage. Zombie Burlesque will take audiences on a wild ride through Club Z where the undead have opened their doors to the living.

Taking place during the height of the atomic era in 1958, zombies have taken over the world as we know it. In an act of pure desperation, the President of the United States signed a deal with the rotting hordes to exchange live prisoners for permanent peace. Reluctantly, the zombies accepted, and in an act of good faith have opened the doors to the legendary Club Z in Las Vegas for the living to see the “lively” side of zombie culture! Club Z wasn’t considered the most risque zombie adult club in America for no reason; audiences will witness homages to the most famous horror movies of the 40’s, 50’s and 60’s performed by the most beautiful (dead) women in town. See “live” feats of balance and strength performed by some of the cities most skilled performers, all while “Tiny Bubbles” puts on a visually stunning stand-up comedy routine unlike anything you’ve ever seen.

Backed by a live band and talented dancers, Zombie Burlesque is the newest “must-see” show on the Strip. Located inside the Miracle Mile Shops at Planet Hollywood Resort, Club Z’s convenient location at V Theater puts it right in the heart of the Strip for “stress-free” accessibility.