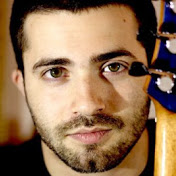 Luca Stricagnoli: “Stairway To Heaven” is one of the most legendary songs to ever be created. I know it´s also one of the most overplayed songs, but I love so much that I wanted to do my own interpretation of it.

I am using two of my inventions: the first is the add-on neck you see since the beginning. The name of it is “Reversed Slide Neck”, and as the name suggests it´s a neck that has an opposite direction compared to regular necks and features a slide, mounted on binaries. The RSN has another interesting particularity: it is an add-on neck, which can be attached and removed from your guitar in just a few seconds. It was invented by me and turned into reality by Davide Serracini.

The second invention I use in the video is the Soprano Guitar, a guitar played horizontally and equipped with high-pitched strings tuned in scale that I used many other times in my videos. In this arrangement, I use it only to play the solo.

I hope you enjoy my version of Stairway to Heaven!