KISS’s Tommy Thayer: “Other Versions of KISS are Possible” After the End of the Road World Tour – 2022 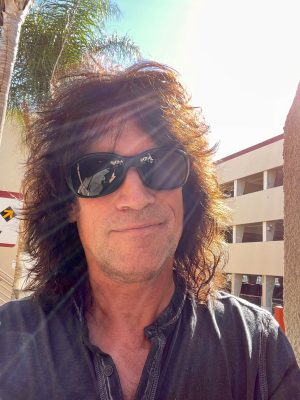 Tommy Thayer: Here’s an interview I did in Japan recently for Roppongi Rocks.

What form will KISS take after the “End of the Road World Tour” ends? 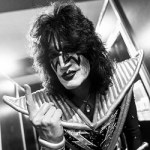 “KISS itself will not go away. It shouldn’t and wouldn’t because it is such an iconic, important band and brand. The music and imagery are very timeless, as you know. It’s not gonna stop. Sometimes people get the impression that the touring is ending, that somehow KISS is over. If there is any band that can continue for a long time into the future, it’s KISS. I don’t know specifically what’s gonna happen. But undoubtedly there’s going to be business and different opportunities with KISS moving forward.”

Do you think there could be one-off gigs?

“I think that’s possible. I think anything’s possible. Certainly, with technology, going into the future there are all kinds of possibilities as far as virtual type stuff. Even other versions of KISS are possible. Even if that would have to be done a certain way. But it can be done. Anything’s possible. It just has to be done in the right way. There are all kinds of different things. The KISS logo licensing and merchandising. I think that somehow, there has to be some activity to keep the thing going and being relevant and that sort of thing. There’s a lot of possibilities.”

What about your future plans apart from KISS? You now know that touring will wind down. Will we see a Black ‘N Blue reunion?

“The touring part is winding down. But remember that I have been involved with KISS going back way before that. I have been working in the organization for 30-plus years. I have known Gene and Paul both for more than 35 years. Anyway, maybe there’s a role or place for me in their organization moving forward. I really don’t know any specifics on that. But certainly, if the business continues, as it will, I might be involved with that because I am very well-versed and very knowledgeable. I know KISS inside out! Not Black ‘N Blue. Black ‘N Blue had its time. Those guys still do a few things with the band, Jaime and Patrick. But, not that, I don’t think I am going to be playing in another band, necessarily. It doesn’t really appeal to me. Once you’re doing this, at this level of notoriety, there’s really nowhere to go in a lot of ways. Plus, as I get into my sixties, it’s not really something I want to pursue, touring and playing in a band. I was actually thinking in the 90s, or even before that after Black ‘N Blue, I was really thinking more business. Music business, entertainment business, management, production, even then, so I don’t think that will be it either. But maybe something music-oriented or entertainment-oriented.”

Back in the 1980s when your band Black ‘N Blue opened for KISS, did you ever think that your association with KISS would still be going on 37 years later and that you would become the longest-serving lead guitarist of KISS?

“I know. In 1985, we opened for KISS on the ‘Asylum’ tour. We did about 24-25 dates in the US, as you know. I think at the time we were just such huge KISS fans we couldn’t believe we actually got this spot on the KISS tour. That was a dream come true, one of those ‘Pinch me, I can’t believe it’ things. We were so excited. We went out and did those shows and we got the opportunity to meet those guys, obviously. Gene first because he’s more outgoing and chatting us up backstage or at the soundcheck, the first couple of shows. Then I got to know Paul a little bit later because he is a little less approachable at the beginning. Certainly, I have known both of them a long time. And then Eric Carr and Bruce Kulick at the time. I never aspired, honestly, to be in KISS or thought that would even be a possibility. I really didn’t. Even when I started working for them behind the scenes before the Convention tour started and I started on KISStory. This is like ’94…’93-’94. I never aspired to be the guitar player of the band. I was really into pursuing the business side of music, production and management.”

The first KISS album you appeared on was “Hot in the Shade” in 1989.

“I did because I co-wrote two songs, ‘The Street Giveth and the Street Taketh Away’ and ‘Betrayed’. But it was funny after the record came out, ‘Hot in the Shade’, and I heard those tracks. I can still hear my guitar in there from the demo because that album was really all taking demos… You know, they were great quality demos and really just spiffing them up a little bit and putting them out. Which is fine because back then when you recorded demos, they were like the actual tracks almost anyway. Except some of them had drum machine and then Eric Carr came in and actually played the drums after the fact on some of those tunes. I know that the two tunes I co-wrote with Gene, Gene and I demoed those, and they sound almost exactly like they ended up on the album. But with Eric Carr playing the drums and then Bruce came in and did the guitar and I think he did the solos and stuff, but I still heard my guitar in there. So, technically, you’re right, that was the first KISS record that I appeared on guitar-wise.”

Previous: The White Buffalo on Jimmy Kimmel Live – 2022 – VIDEO
Next: U.D.O. Bassist Tilen Hudrap Announces His Departure from the Band – 2022