Vicky Cornell’s Journey with Grief, 5 Years After Soundgarden Frontman Chris Cornell’s Death: “Chris’s clothing and everything is exactly the way he left it in his closet” – 2022

Posted by fullinbloom On September 17, 2022 2 Comments 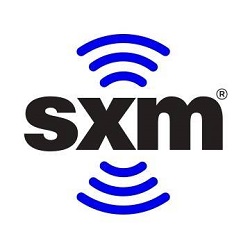 SiriusXM: Chris Cornell’s widow, Vicky Cornell, recently called in to SiriusXM’s Gayle King in the House to share how she’s been dealing with grief in the aftermath of her husband’s suicide. An excerpt from the interview has been transcribed below.

I think speaking about them, not how they died, but how they lived, I believe that’s a really big part; to celebrate their life. 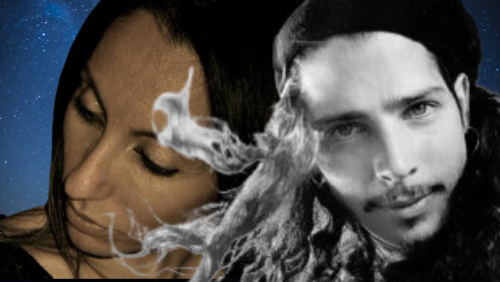 People say there are no rules when it comes to grief. But in fact, there are rules. I’m told, five years later, “Well, it’s five years. Are you talking to someone? Are you doing something?” You know, time does a few things. Sure, it can help, like it’s not that horrible everyday feeling that you had the first few days, weeks, or months. But there’s a different pain that comes with it and that’s permanency, understanding that this is forever; this isn’t going to change.

I think that’s something society, as a culture, we don’t really embrace or understand. We kind of want that to be done. After five years, I think most people are like, “Well, by now, you should be over it.” I even have friends that can’t believe that Chris’s clothing and everything is exactly the way he left it in his closet. That’s another thing where they feel like there are things you have to do in order to move on. So, I just want to say to people who are grieving and feel that sort of loss that there are really no rules. And time isn’t a healer and you’re not alone in that, and you do whatever it takes to find your reason.

Did she ever suspect that Chris might take his own life:

No. This was a tsunami. This was not on the radar. This was not like, “Oh, we have to deal with this.” Chris did not suffer from suicidal ideation, and he was not even depressed. Chris was in recovery; he had been on benzos (Benzodiazepines). Looking back, even at that very moment, it felt impossible. It came from nowhere. It’s a very traumatic kind of loss, and I think for people who deal with that kind of traumatic loss, it’s a different sort of healing. And time again, which goes through waves because I can tell you it’s five years, and it doesn’t feel like it’s five years. It feels like it’s about a year, six months.

I think everybody processes things differently. With our situation, it was very public, so you don’t know which way to go first. I didn’t know what to do to protect my children from that, who were young. I think it’s important to allow people the space to understand that this is what is happening and allowing them to cope with that. I think speaking about them, not how they died, but how they lived, I believe that’s a really big part; to celebrate their life.

I also think it’s important, especially when we’re talking about suicide, to get to the cause because I think people sort of brush that off. That sort of thing, like, “Oh, my God, that person took their life.” There’s a stigma attached to it. But I think that also comes from the fact that we are not looking at the cause. Is it depression? Is it schizophrenia? Is it that they took too many drugs? What was the cause? I feel like that changes everything.

The cause of Chris’s suicide:

I do know the cause because I was on the phone with Chris, and he was in some sort of delirium, the same night. He had left that morning from our home, and he had flown to Detroit to play a show. He called me after the show, and I could just hear that he wasn’t right. He sounded like he was high. He was confused. His speech was slurred, and there was just something extremely off. Thirty minutes later, that was it.

What they’ve done to try to heal:

Obviously, therapy, talking. One of the first things I did was get a hold of, “Ok, the who, how, when, and how do I bring someone in to talk about these subject matters?” We had professionals that came in and spoke to my children and explained how addiction works and try to help them understand the subject matter. That it’s not just someone gets up and takes their life, and how that wasn’t really their daddy.

He was such a present father, and they had such a connection. They traveled the world with him. Thankfully, they had that experience with him, to be able to be with him like that. They knew that something very wrong happened. Their daddy was not a selfish person. He was the best. I think they’ve taken that, and they have such a strong foundation of love, family, and a support system.

Previous: Sean Ono Lennon: “It’s about how you live and treat others that makes you good or bad” – 2022
Next: Bruce Dickinson Spoken World Tour ‘An Evening With’ – 2023 – Europe DATES/TICKETS – Oslo, Bergen, Vienna, Stockholm, Helsinki, Malmo, Tilburg