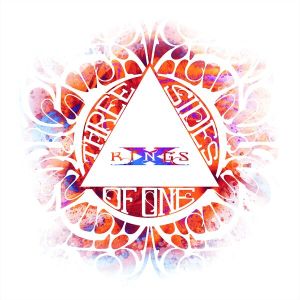 The legendary King’s X, comprised of dUg Pinnick, Ty Tabor & Jerry Gaskill, are pleased to announce the release of their 13th studio album, ‘Three Sides of One,’ on September 2, 2022. With the announcement comes the first new music from the band in 14 years, the release of the album’s heavy first single, ‘Let It Rain’.

“When I think of it, King’s X feels like a couple of old best friends coming together, shooting the shit, and having a good time, it’s instinctual. When I would listen to demo tapes of Jerry and Ty for the record, it gave me a great perspective on how blessed I am to be in King’s X. What they did on Three Sides of One sounded so good. For as familiar as it is, it’s like I’m in a new band.”

“This time, we sat around, listened to each other’s ideas, and would collectively say, ‘Let’s work on that’. It was the most enjoyable album I’ve personally ever recorded in my entire life, period.”

“I’ll cherish what we did in my heart forever. Everything lined up perfectly.”

‘Three Sides of One’ will be available as limited CD digipak, gatefold 180g 2LP+CD+LP-booklet & as a digital album. There will also be a Limited Deluxe 180g Orange/Red Marble 2LP+CD+LP-booklet that also includes a poster and a hand-numbered print, as well as an exclusive variant of the front cover artwork. Pre-order now @ this location.

During 2019, the members congregated at Black Sound Studio in Pasadena, CA with Emmy Award-winning producer Michael Parnin to bring ‘Three Sides of One’ to life. Despite consistent touring, they hadn’t cut a new LP since 2008. Nevertheless, the guys picked up where they left off. Creative confidant and collaborator Wally Farkas rolled through, and they channeled their incredible chemistry on tape. 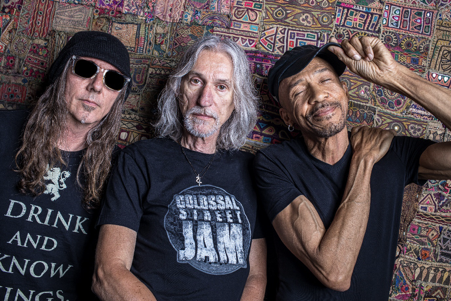 Previous: Pantera’s Dimebag Darrell to Guitarist Michael Angelo Batio: “I got your instructional program. You’re like my guitar teacher.” – 2022 – Interview – Vinnie Paul
Next: Motley Crue’s Nikki Sixx on the 2022 Washington D.C. Concert: “You can see on our faces how much we loved this show” – The Stadium Tour