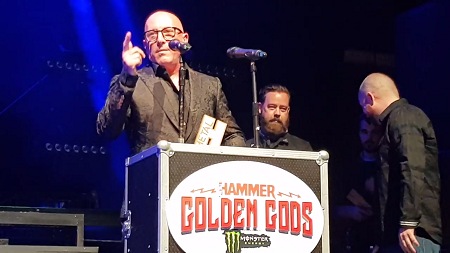 The award was presented to Keenan by Daniel P. Carter, host of BBC Radio 1’s Rock Show, recognizing a lifetime of contributions to heavy music, with past lifetime achievement winners, including Black Sabbath, Judas Priest and Lemmy Kilmister.  Keenan was celebrated for his work with his trio of bands: A Perfect Circle, Puscifer and Tool. Fan-filmed footage can be viewed below.

JUSTIN’S (Chancellor) bass setup in the studio. Sounds like he is making great progress recording in a great studio.” 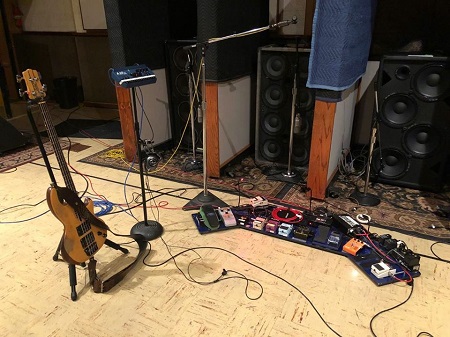