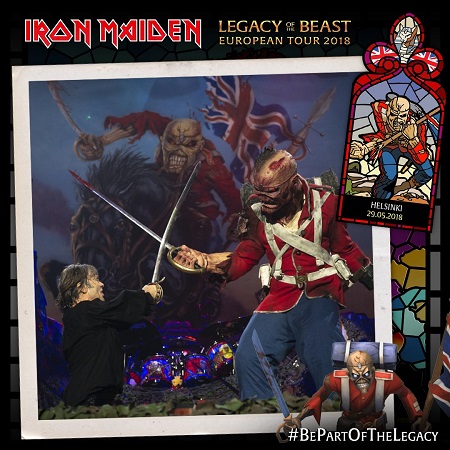 So basically, play the game and upload your selfies from the tour.

Following the massively successful global tour of 2016-17 in support of their 16th studio album, The Book Of Souls, Iron Maiden hit the road again in 2018 with a series of arena and festival shows in Europe on the Legacy Of The Beast World Tour, which launched in Tallinn, Estonia on May 26th.  A full list of dates have been posted on our previous post at this location.