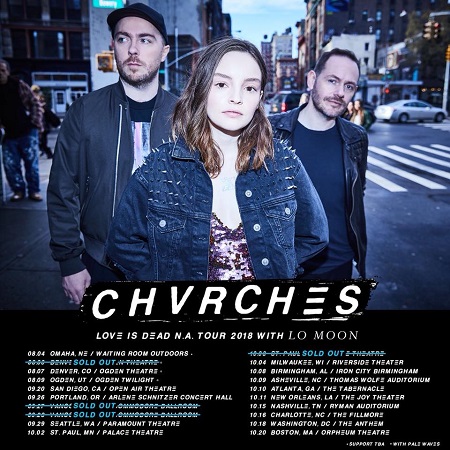 Chvrches, along with special guest Lo Moon, will embark on a North American tour set to kick off this fall.  The trek will make stops in San Diego, Portland, Seattle, Milwaukee, Atlanta, New Orleans, Nashville and Washington D.C. before wrapping up on October 20th in Boston at the Orpheum Theatre.  A list of dates can be found below.

Chvrches will be promoting their third studio album, Love is Dead, which was released on May 25, 2018.  The album debuted at #7 in the U.K. on the Official Albums Chart, selling 11,763 copies in its first week.