Rick Springfield, “So Sad To Hear Our Rock And Roll Brother Eddie Money Passed Away” 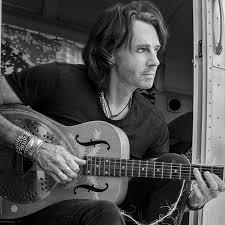 Rick Springfield:  So sad to hear our rock and roll brother Eddie Money passed away this morning.  Love to your family and great memories of you Eddie ❤❤️❤️

The singer Eddie Money is dead at 70. He was known for radio-friendly rock hits like “Two Tickets to Paradise and “Take Me Home Tonight.” https://t.co/0z1efqzwec

RIP my friend. Memories like this and your music will live forever. Our love goes out to your wonderful family. I know you and Bill are rocking.May every cover band play an Eddie Money song tonight. #RIP #MoneyMan #HeavensRockin pic.twitter.com/rWUSrXSRb2

It is with a very sad heart that we learnt this morning that Eddie Money passed away. He was such a kind, generous man who gave his time & talent many times to perform for our charity events. Sending our deepest sympathy to his wife, Laurie & his children. Rest In Peace Wendy Dio pic.twitter.com/yFNZivfQXw

Johnny on the passing of Eddie Money… pic.twitter.com/NX79zWaoVG

R.I.P. Eddie Money. Here’s an excerpt from one of the more insane rock interviews I’ve read, with Money, from a 1999 issue of BAM: pic.twitter.com/CFMSkGruzs

If you're interested in some fun facts about the debut album by Eddie Money, here's a link to an article that was published by Mix Magazine in 2012. https://t.co/8iQQ6geGmS written by Blair Jackson.