Serj Tankian:
“I’m very pleased to announce that we’ll be releasing the soundtrack for Joe Berlinger’s incredible film Intent to Destroy this Friday (November 17th) on iTunes/Apple Music and other streaming platforms a few weeks thereafter.” 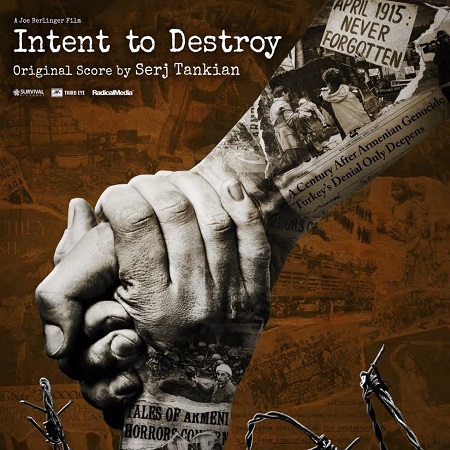 Intent to Destroy is a film that confronts the Armenian genocide by exploring the tangled web of responsibility that has driven a century of denial by the Turkish government and its strategic allies.

Original score by System of a Down frontman Serj Tankian.