Paul Rodgers on John Bonham Redditch Memorial, “What better than to reveal John’s statue in the middle of the dark night. How perfectly Zeppelin.”

Paul Rodgers: “John (Bonham) in action forever. What better than to reveal John’s statue in the middle of the dark night. To appear magically at the dawn of his 70th b’day, creating a unique air of mystery. How perfectly Zeppelin.”

Led Zeppelin’s John Bonham finally received his permanent memorial in Redditch town centre (Worcestershire, England), the birthplace of the legendary drummer.  The statue was unveiled on what would have been his 70th birthday.  You can watch an interview with Bonham’s sister, where she talks about the memorial, via our previous post at this location.

The sculpture was inspired by Zeppelin’s album Houses Of The Holy, but, according to sculptor Mark Richards, “there are other references to Led Zeppelin graphics woven into the composition.”

Mark Richards: “Delighted that my memorial sculpture to John Bonham was installed over night in Redditch town centre. Thanks to all who helped make this happen.” 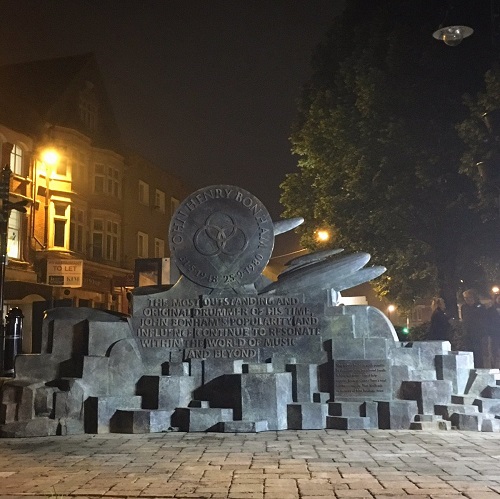 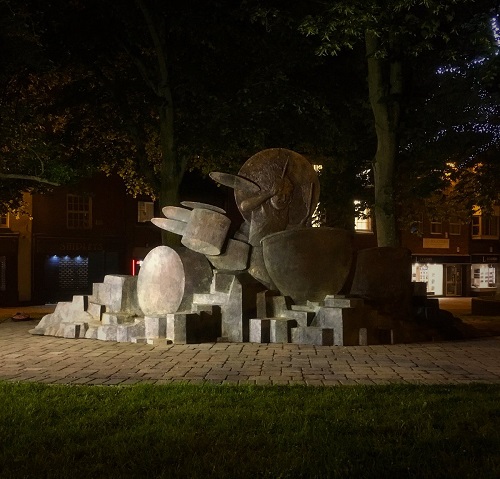 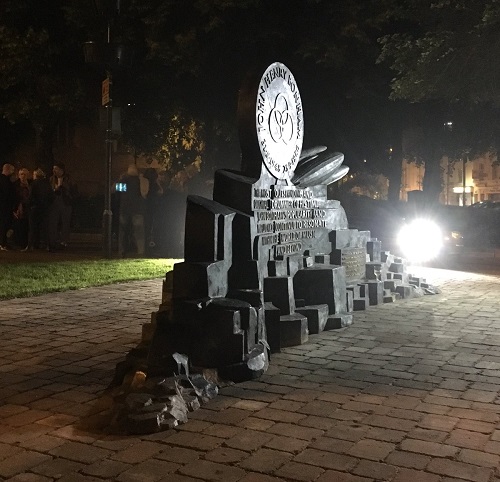