The excerpt below was taken from the full in bloom interview with RATT producer / engineer Beau Hill.

The excerpt has been transcribed below or you can listen to it via the embedded YouTube clip above.

The entire Out of the Cellar podcast can be heard at this location, or directly on YouTube. 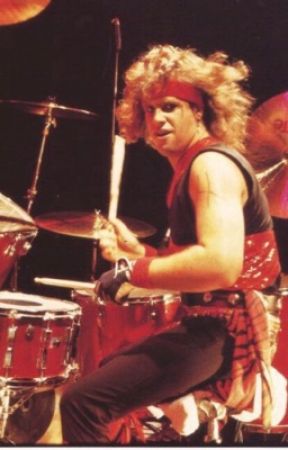 full in bloom:  How was Bobby (Blotzer) in the studio? I’m sure he was well prepared but how was he to work with?

Beau Hill:  Very difficult, very difficult.  Out of everybody, he was always the hardest to please.  Something was not right with just about everything.  He was my least favorite guy to spend any time with.  At least in my estimation, he was generally…I don’t know how I can put this….generally just disagreeable (laughs), let me put it that way.

full in bloom:  Bobby didn’t write at all, did he?

Beau Hill:  There again was another very sensitive point.  When the guys in the band – that wrote the material that were hits – started getting these fat publishing checks that Bobby wasn’t getting, that really created some problems.  We tried to, if not directly, indirectly give Bobby a couple of half credits, or something like that, on the record just to keep peace in the family.

full in bloom:  But he didn’t necessarily write anything?  Even coming up with drum ideas?

Beau Hill:  We differentiated, you know, he’s being paid as the drummer and the drummer is supposed to come up with drum ideas, and that’s not writing.  We distinguished writing as melody and lyrics.  So, we didn’t give Warren (DeMartini) a writing credit for coming up with a solo.  If he came up with a verse and a chorus idea…here’s the chords blah, blah, blah, blah….yeah, then he got in on the writing.  And of course at the end of the record when it came time for everybody to determine and put on paper who did what to who and who wrote what and blah, blah, blah, blah, I mean, those were always incredibly tense discussions.  They were like, ‘aw man, he didn’t say that’…’aw, yeah he did.’  It got like eighth graders at recess.  Once these guys started figuring out how much money potentially was at play, everybody would lobby like crazy for their position.  Nobody was going to give up without a fight and so it was a fight, every time.

full in bloom:  At least they were conscious of it.  A lot of guys I’ve interviewed, they weren’t even thinking about it.  I kind of felt bad for Bobby later, even though he took RATT out on his own, I kind of understood because the guy didn’t get any of that money.  He doesn’t have any (publishing) that keeps coming in.

Beau Hill:  Well, he has his RATT royalties.

full in bloom:  Of course, but the publishing, in the later years, is what keeps paying the bills, right?

Beau Hill:  It’s the gift that keeps on giving.

In 2015, Bobby Blotzer announced that he had taken control
of the RATT brand and would take his band, featuring no other
original members, on tour in 2016 using the RATT name. He
was later sued by RATT guitarist Warren DeMartini, who
claimed that Blotzer was falsely advertising his “tribute band”
as the real thing.

Original RATT members Stephen Pearcy, Juan Croucier and
DeMartini eventually expelled Blotzer from their partnership,
denying him any interest in the RATT name and allowing him
to only refer to himself as a ‘former member of Ratt.’