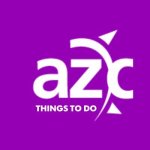 azcentral things to do: Bret Michaels checks in from the Stadium Tour: ‘When I hit the stage, it’s a party.’ You can read the entire feature @ this location.

An excerpt from the interview has been provided below. 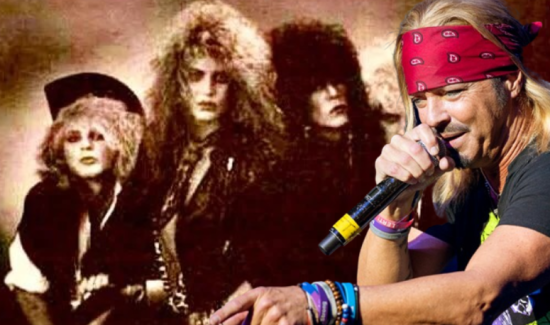 On Poison’s early days in Hollywood: 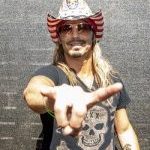 “When I got to Los Angeles, I’m not gonna lie, at first you’re like, ‘Wow, this is overwhelming.'”

“We had no money. We thought we’d be one of the few bands out there. Little did we know there’s 40,000 other bands trying to write original material. So we got real smart and adapted real quick.”

One thing Poison quickly figured out was they could make enough to scrape by if they lined up some gigs on the outskirts of town.

“Los Angeles at that point, you actually had to pay to play.”

“We had a windowless Chevette, or pretty much no windows left, an old ambulance van and a Ford pickup truck. We could load all of our gear in and play all these outlying cities and towns to make money to eat.”

For a while, he says, they lived behind the back half of a dry cleaner.

“There was one running faucet that had no hot water. And that was your shower or what you boiled to make food. We slept in sleeping bags. That was how we existed. When I say we paid our dues, we paid our dues.”

“We literally starved, but we kept writing original stuff.”

They also kept building a fan base. But even then, nobody wanted to sign them.

“We would play this place called the Palace across from Capitol Records and sell it out. National acts would co-headline or open for us. But no record label would touch us.”

Finally, in 1986, an independent label called Enigma Records took a chance and signed them, releasing a “glorified demo,” as Michaels has called “Look What the Cat Dragged In,” a glam-metal classic that spent a full year climbing to its Billboard chart peak, No. 3.

“Our big signing party was sitting on a cement floor in a warehouse, boxing up albums.”

He and his bandmates were putting promotional items in with the record stores’ orders, shrink-wrapping their own cassettes.

“I’m thinking, ‘This sure as hell isn’t like the Kiss autobiography. They had jets and parties and limousines. But honestly, we had the time of our life. We didn’t know any better. We were like, ‘OK, this is it!'”

They hand-delivered the album to KROQ in Los Angeles.

“We went right in there and handed them our record and they played it.”

“We sat out in the car, in the Chevette, and listened to them play ‘Talk Dirty to Me’ and ‘Cry Tough.’ I thought, ‘Man, touchdown!'”

#Arizona much love and respect 🙏🏻 You rocked my world, it was good to be back in the Valley🤘@StateFarmStdm @LiveNation pic.twitter.com/BjcAJNSRwf

Halfway through my first stadium concert. Already heard Joan Jett and Poison. Next up is Motley Crue and Def Leppard. Songs of my youth. My voice is fading.

Glendale, #Arizona @StateFarm Stadium you rocked my world. Thank you for an awesome night in my life. @SoFi @SoFiStadium #LosAngeles you are up next! #TheStadiumTour Photos by @tammyvega_ pic.twitter.com/LFUFPlEWoO

azcentral things to do: Motley Crue was a mess at State Farm Stadium. But this band proved ’80s metal still rocks. You can read the entire concert review @ this location.

Well, Bret Michaels is a force of nature, as he proved from the second he stormed on stage to join his bandmates on “Look What the Cat Dragged In” and through such obvious highlights as the glam-rocking splendor of their breakthrough single, “Talk Dirty to Me” and the country-rocking power ballad they took to No. 1 on Billboard’s Hot 100, “Every Rose Has Its Thorn.”

They squeezed a lot of hits into their time on stage, from their revival of Loggins and Messina’s “Your Mama Don’t Dance,” which featured some excellent blues harp from Michaels, to “Fallen Angel” and the set-closing swagger of “Nothin’ But a Good Time.”

Michaels is, in many ways, the perfect charismatic front man for this sort of concert, and because he’s had a home in Scottsdale for more than a decade, he was able to address the crowd as not just fans but neighbors.

His banter was peppered with enthusiastic variations on “It’s good to be home” and he frequently thanked the audience for making this one of the best nights of his life in a way that felt genuine.

And Michaels’ bandmates more than rose to the occasion. Watching Rikki Rockett drum is one of life’s great joys.

Not only has he mastered the glam-rocking swagger that defines what future generations will be taught to recognize as not only the heart but the soul of the “Talk Dirty to Me” era, but his stick-twirling parlor tricks are beyond reproach.

Meanwhile, C.C. DeVille, the lead guitarist Michaels infamously belted at the VMAs, continued to deliver, now rocking an equally charismatic look to what he had to offer in the ’80s, in his T. Rex-worthy hats and shades. –READ MORE

You can read the entire concert review @ this location.