Wolfgang Van Halen on the Curse of Van Halen: “It was difficult to make plans even when the band was active” – 2022 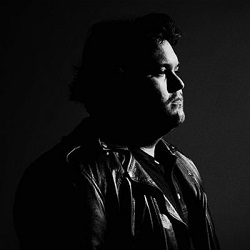 I implore you to read the full interview when it actually comes out. Not this “pull quote to get biggest reaction” shit social media is so privy to.

Weird thing to pull quotes from an interview that ISN’T OUT YET that talked about many other things, but gotta get those clicks🤷‍♂️

Classic Rock Magazine: Wolfgang Van Halen suggests VH reunion is off the table, says former members are too “dysfunctional” to organize it anyway.

In a new interview with Classic Rock magazine, Wolfgang Van Halen states that he thinks the likelihood of a reunion happening is slim and says that he personally is not interested in taking part.

When asked by Classic Rock’s Dave Ling to clarify the rumors and the reunion’s yo-yo-ing likelihood (WVH previously said he didn’t “see it happening” but later machinations were detailed involving the guitarist in the press, suggesting that he was going to be involved) he replies: “I think I already did it with the Taylor Hawkins tributes. I feel a lot of closure because my part of the show was a tribute to my father.”

Across the two shows, in London and Los Angeles, Wolfgang VH played three Van Halen classics – On Fire, Hot For Teacher and Panama – alongside Dave Grohl on bass, Josh Freese on drums and The Darkness’s Justin Hawkins on vocals.

In Classic Rock, Wolfgang goes on to say that the Van Halen camp is “dysfunctional”, and therefore difficult to organize any large projects with.

“When it comes to Van Halen and entities surrounding the band it’s unfortunate, certainly compared to Foo Fighters who have their shit together with inter-personal relationships” he says.

“I don’t know what it is with some bands, but certain personalities just can’t get over themselves to work collectively for one purpose – that’s been the curse of Van Halen for its entire career. So, my playing at the Taylor shows delivered that catharsis without the stresses of dealing with the Van Halen camp, and the players involved. Their camp is very dysfunctional – everyone! – hell, it was difficult to make plans even when the band was active.”

Dave Ling also asks Wolfgang about Hagar’s recent comments in the aforementioned Rolling Stone interview, in which he admits that he’d “love to play those songs again”.

“He said that, but he also said he wouldn’t” says Van Halen. “Sammy said two different things. No… I feel that I’ve said my piece, and if the Taylor concerts are all that happens then I’m happy with that.”

You can read more from Wolfgang Van Halen in an upcoming issue of Classic Rock magazine.