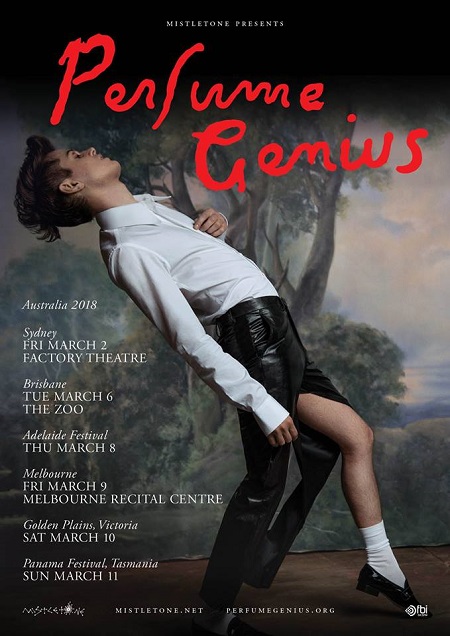 Perfume Genius will head to the land down under in 2018 for a string of Australian dates. The tour launches in Sydney on March 2nd at the Factory Theatre and wraps up on March 11th at the Panama Festival in Tasmania. From there, the singer will head over to New Zealand for 2 shows at the New Zealand Festival taking place on March 13-14.  A list of dates can be found below.

Previous: Lucy Rose, “I’ve never been happier on the road than I am right now!” – UK/Ireland 2017 Tour Update
Next: Best Guitar Advice