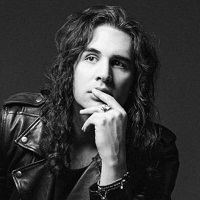 Nick Simmons:  “So I made a blog, and I’m going to fill it with all the article-sized things that aren’t really fit to try to sell. It’ll be mostly personal, maybe some think-piece type things. Just for fun. Go visit it if you like. Here’s the first one” at this location.

I MADE A THING

I don’t really know why I’m doing this.

“The older I get, the more averse I am to shouting into the void. I know everyone says it, but I really do prefer a private, solitary life. I “post” things all the time, but I respond/interact less and less every year (the irony of saying this here has occurred to me, yes). It’s a cliche by this point, but the less I engage with this trillion-mouthed-beast, the less insane I feel. Before the internet, we all thought certain public figures were just crazy with their see-me-don’t-see-me break downs. Now we know that even the smallest levels of public exposure can make you crazy. A camera in your direction can make you crazy. And everyone has a camera. All the time. You don’t need to have been on television to feel like you’re being watched anymore.

“This is why I say that making this blog is a little out of character for me. I almost said “off-brand.” Is that telling, that the expression “off-brand” is slowly replacing “out of character”? That’s a little creepy, right? I feel like there’s some shift there. The self as ultimate product, something that lives or dies by its consumption by others. Normal business acumen I guess. To me it sounds like I’ve become carrion. I’m not sure I like it.

“If you’re here and you’re aware of me (50/50 chance at best), there might be a few elephants in the room you’re waiting for me to address, and if that’s why you’re here, you should probably leave, because I’m not going to do it. Fuck open letters, fuck the arbitrary shit the internet decides gets to live forever or is “of note,” and fuck the faceless mob that believe they have a whole and complete picture of people and events they did not experience themselves. This isn’t for them, it’s for me, and I’m not answerable to them. Insert shrug emoji. If something newsworthy happens about me, or someone close to me, I’m probably not gonna talk about it. Look for your tabloid fix somewhere else. No good band I’ve ever liked ever listened to the guy in the back of the venue that heckled, “just play that one top 40 hit I like!” Instead of talking about whatever it is people want me to talk about, I’m gonna talk about what I want to talk about. A new breakfast place where I really like the eggs, or a book I’m crazy about right now, or whatever’s been on my mind, because go fuck yourself, that’s why. No one gets to move the Overton window in this place but me. So there’s the disclaimer. Moving along.

“There are potentially things to gain from having a blog, in theory, but not immediately. And probably not a blog like this, honestly. The only plus for me at the moment is a kind of public exorcism of a brain that never shuts up. Draining a cyst that re-swells daily. The umpteenth twenty-to-thirty something male with dysthymia, reaching out to strangers he doesn’t necessarily want to actually meet. Who the fuck knows if this is even healthy? Guess I’m just adding to those endless yawning libraries of the world, or the legions of pretentious wannabe artists who insist on undressing themselves publicly so someone might notice how “brave” they are. Wherever I fall on the spectrum, just know, this thing is probably not going to be accessible enough or bite-sized enough to be marketable to anyone. I tend not to like marketable things. I tend to like weird things. So this thing is going to be weird. Hell, maybe there will even be poems. Ok, maybe not poems.

“Although I don’t actually want any feedback on this, I do wonder why you’re here. Just curious? Spite search? I don’t know why anyone goes to anyone’s website. Have you seen Jim Carrey’s website? It’s crazy. I mean, crazy intricate, not crazy as in should-be-dismissed. Well designed, if surreal. Someone put a lot of work into it. But who goes there? I’m a Jim Carrey fan, I like his stand-up and I like Ace Ventura and Eternal Sunshine, and I like his existentialist depression rants half the time. But why would I go to his website? What more is there to be consumed?

“Like I said, I’m going to write whatever I feel like writing here, because writing is something I do anyway, impulsively, constantly. I rarely share it with anyone, and people tell me I “should.” I’ve got a couple thousand pages of book-length things lying around in various hard drives and notebooks and old laptops and I honestly have no idea what I’m going to do with them. This is what a bachelor’s in English and World Lit gets you, kids: vague memories of how grammar works and a very expensive lesson in how to make a negligible amount of money being introspective and exhausting. But like the dirty old man said, “if it doesn’t come bursting out of you / in spite of everything, / don’t do it,” so I guess I have to do it. I don’t think Bukowski was imagining self-involved/self-conscious blogs in that poem, but it’s good advice anyway. And you know us millennials, we cannot help but share. Pretty sure I still count as one. We are each of us an unholy chimera of audience and performer and venue stitched together into one self-digesting theatre, eating and regurgitating ourselves and each other endlessly, never feeling quite full. I’m hoping this stream of consciousness-diary-rant type thing will help channel that impulse into something productive, instead of something vain (in more than one sense of the word). Fuck, aren’t we all just a little tired of analyzing, and being analyzed? I think we’re good on the think-pieces, I think the articles about millennials might outnumber actual millennials by this point. Do they do anything or are they just agreement/disagreement porn? Guess I kind of just added to that a little. Oh well.”