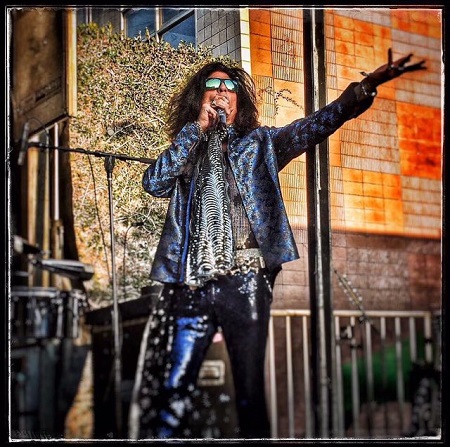 Hollywood band London – headed by Nadir D’Priest – will celebrate the release of the band’s upcoming album, Call That Girl, at The Whisky A Go-Go on Friday, October 12, 2018.  Tickets will be available at this location.  Call That Girl will mark the first full-length release of new material from the group since 1990’s Playa Del Rock.

During the ’80s, London proved to be a training ground for future rock stars. The group featured a rotating cast of musicians who would later achieve success with bands like Mötley Crüe, Guns N’ Roses, W.A.S.P. and Cinderella. 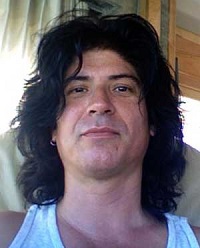 Nadir D’Priest: “?LONDON An American Band Live @ The Whisky A Go-Go on Friday, October 12th 2018. Celebrating the release of our NEW album titled ✨CALL THAT GIRL? We will be celebrating Michael Maglieri’s birthday!”

full in bloom: Describe a typical DAY-IN-THE-LIFE-OF Nadir D’priest back in your days (’85 to ’88) in London. From the time you woke up, to the time you fell asleep.

Nadir D’Priest: I never did know were I was going to sleep. I knew I would sleep with a girl somewhere in Hollywood, but I did not have a clue. I would stay up all night drinking and doing blow, listening to music, talking to people then I would end up with one or two, sometimes three girls having a bit of outrageous sexual fantasies, girl-with-girl and girls with me. Morning comes, I am still in bed with these girls, more dope and more drinks, toys etc. Go til 4 pm, sleep til 10 pm and start all over again. Wow, i am still alive, it’s incredible.

full in bloom: Were you paid for your appearance in the Decline of Western Civilization? How did your life change after the movie was released?

Nadir: Yes, we did get paid. I think about $2,000.00 for the whole thing. It changed a lot. Everyone wanted to talk to us, we were rock stars, man (laughs). I think it put us on the map for the rest of our lives and beyond; we are here for a loooooong time.

full in bloom: I read somewhere that some of the bands were angry with you after that movie. Who was upset with you?

Nadir: I know that many of the smaller bands did not want LONDON on the movie, but the director Penelope Spheeris did cause of our antics and bad rap among other local bands.  The ones that did not like us never did have the balls to confront me about it and still don’t, fuck them, they know who they are.

full in bloom: Why did London never sign with a major label from 1985 to 1988? Were there any close calls?

Nadir: Plenty of offers but they never signed us, you gotta remember, London, prior to me being the singer, did not have any music published as far as vinyl or tapes, never. When I joined things started to happen immediately. I don’t want to mention labels, because they never did anything for us or me so I won’t promote them at all, they don’t need it. London had the curse, almost like being blackballed from the industry, but people still wanted to know all our moves. No one could erase us from the map, nobody….and never will.

full in bloom: What was it like working with Izzy Stradlin? What memory stands out?

Nadir: Izzy. Well, he was a very easy-going, he was always coming up with riffs for songs….he was cool. Smoked a lot. Always cordial to me. We used to hang out at bars on the Sunset Strip. Once we were real desperate for money, so we decided to go to the Beverly Hills Hotel and pick up on women. I mean women who where loaded with cash. We thought that we could grab a few desperate ones and empty out their purse (laughs). It was fucking funny, man;  we stood out like crazy.  Drinks cost around $10.00 a pop…that’s like $15.00 nowadays. What were we thinking? Two young, good-looking musicians dressed to the gills, hanging at the Polo Lounge in Beverly Hills with no money. AHHH! Those were the days; no real responsibility, just rock n’ roll 24/7. There will never be anything like it, EVER!

Previous: Dee Snider, “No audience has EVER gone to a show hoping it will be bad” – Stage Presence Tips, Advice, Exercises
Next: T.I. Talks About Saving Creed Singer Scott Stapp from Suicide Attempt