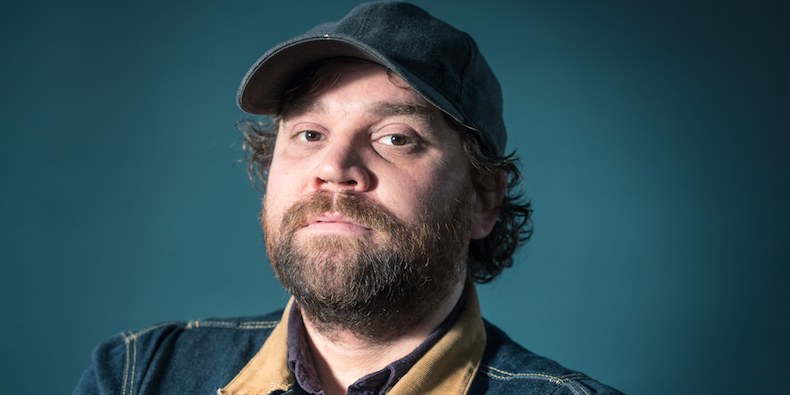 UPDATE (5/11) ” Scotland police have confirmed that Scott Hutchison has died. His body was reportedly found at Port Edgar near South Queensferry in Edinburgh at 8.30PM on Thursday. He was 36 years old. 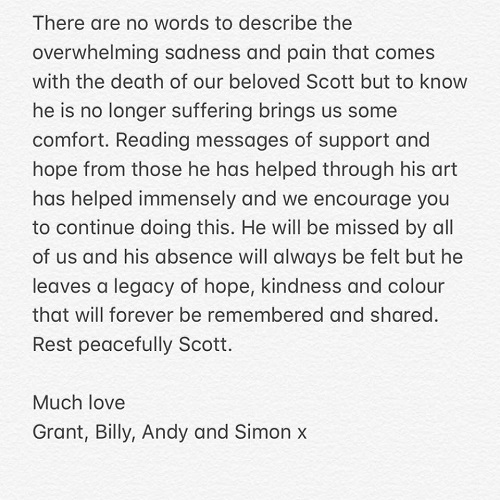 We have no news to report on Scott’s whereabouts this morning. Your support so far has been incredible and all we ask is you keep him in your thoughts, keep an eye out and keep sharing his picture online. Thanks for everything. Your kindness and positivity is keeping us going G”

Grant Hutchison: “Has anyone seen my brother/bandmate/best friend? He’s in a very fragile state and has been missing since last night and we’re all incredibly worried. He was in a hotel in South Queensferry and hasn’t been seen or heard from since 1am. Please repost and share and get in touch with me @grabbit (Instagram) if you have any info. His phone is with the police (Scotland). If somehow you are reading this Scott then can you just let someone know you are safe please? We love you very much.”

Scott Hutchison is the lead vocalist and guitarist for the band Frightened Rabbit.

In 2016, Scott stunned and confused fans after posting a series of soon-to-be deleted tweets in which the frontman suggested that the band had broken up:

“Turns out I’m a complete arsehole,” Scott said. “It’s important that everyone knows. I’m not a particularly good person. So don’t buy my records. So I’d urge you to forget about the band, it’s a complete farce. I don’t deserve any of the things that have benefited my life.

“Goodbye to Frightened Rabbit. All it has ever been is me boring people with lies and making creative currency out of other people’s hurt.”

A day later, Scott explained the meltdown via a social media post, saying that he had “a greater appreciation of the pitfalls of mixing alcohol, depression and social media.” His full statement can be viewed below.

“I will keep this short and to the point, there’s no real need to go into great detail. I had a bit of a meltdown on Saturday, for various reasons. Some of you may have witnessed it, some of you may not have and some of you may not really care, but I said some regretful things on Twitter. I’d like to attempt to set that straight. Sometimes when life goes awry the reaction is to destroy and say “fuck it all” and unfortunately that’s what I did. In spite of this, it’s not the end of our band and (in the sobering light of day) I don’t truly believe the things I said. On the plus side I have a greater appreciation of the pitfalls of mixing alcohol, depression and social media. In case you were in any doubt, it’s a terrible idea. For now, the priority is recovery, so regretfully we have decided to cancel our appearances at Haldern and Rock Am See. Sometimes there are more important things than playing shows and we wouldn’t be pulling out if we didn’t think it was necessary. Lastly, I’m sorry if I caused any alarm. If you have ever been through a low-point in life I’m certain you’ll understand. If you haven’t ever been through the muck, you are a lucky bastard.” 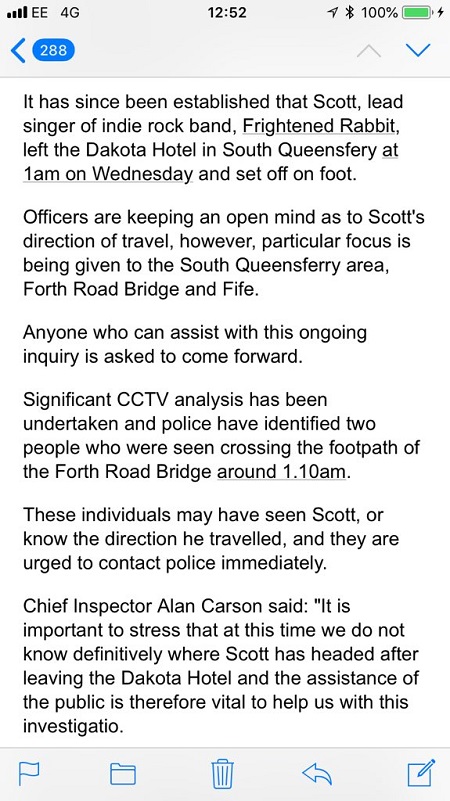 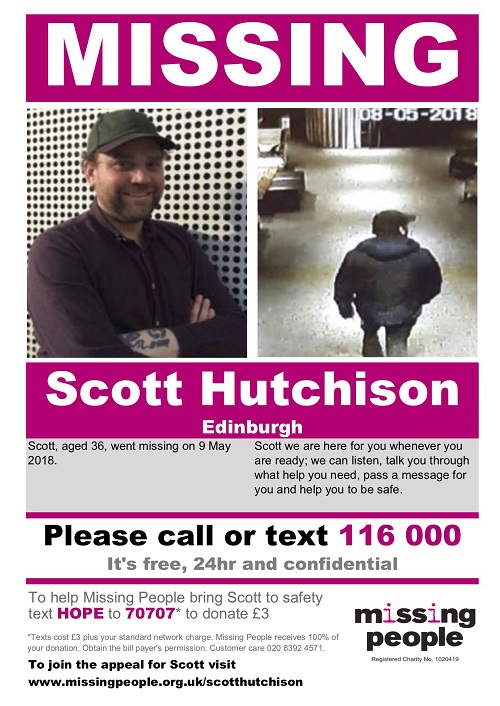