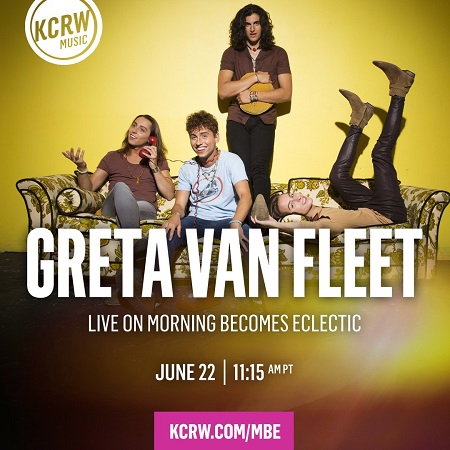 Greta Van Fleet will be performing live on KCRW’s ‘Morning Becomes Eclectic’ tomorrow, June 22nd @ 11:15AM PT.  The Michigan quartet has seen a quick rise to fame, mostly due to their great job of poaching Led Zeppelin’s distinctive sound.  Listen to their live set at the KCRW basement studio at this location.

Greta Van Fleet released their second EP, From the Fires, on November 10, 2017 via Republic Records.  The double EP consisted of eight songs; four from their debut EP, Black Smoke Rising, and four new tracks.  As of March 2018, the EP has sold over 100,000 equivalent units in the United States, of which 74,000 were in traditional album sales.