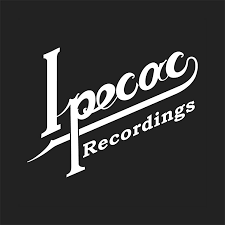 Ipecac Recordings On 20 Years Of Success In The Music Business https://t.co/vbWB4p8MvP

Ipecac Recordings celebrates 20 years in business this year, each year of which they have successfully turned a profit. Founded by Mike Patton of Faith No More and Greg Werckman, Ipecac was founded as a small solution for side projects and since then has snowballed into a full-fledged record label with noteworthy releases from artists like the Melvins, Daughters, Eagles of Death Metal, and Fantômas.

We spoke with co-founder Greg Werckman about Ipecac’s perspective and how Ipecac became the label to help “purge you of the drek that’s been rotting in your tummies.”

The Orchard: Tell us about the early days of Ipecac. What are some important takeaways from those first few chapters?

Greg Werckman: Mike and I were not setting out to create a fully functioning record label. We were looking to set up an outlet for Mike’s projects outside of Faith No More. We thought it would be a very niche thing. As we started putting it together we heard from other musician friends were either not happy with the labels they were working with or did not have a home for a particular project. One of those bands, the Melvins, quickly asked to be a part of it by releasing a trilogy of Melvins records over the course of one year to kickstart their Ipecac output. Having two of Mike’s side projects (Fantômas & Maldoror) and the Melvins trilogy immediately turned things into a “real” label. That first Fantômas record sold way more than we expected out of the gate — it’s still one of our best selling releases. We quickly realized there were music fans around the world who were up for challenging, unique music: Music that was not intended for radio or that didn’t receive loads of media coverage. We built a loyal fanbase and have been very fortunate to keep most of our artists onboard. We also found out that if you are honest with artists and send them statements and royalty checks on time most are very happy. Something as simple as a royalty statement should not be taken for granted. We did not ever want this label to be about us; it has always been and will continue to be about the artists.

In your twenty year history, what has been your proudest moment?

Greg: Well, in all honesty, the proudest moment is having so many artists that enjoy working with us and that want to be part of the Ipecac family. Our business is not set up like most. We don’t “own” any of our releases, we borrow them from the artists. Music “professionals” might think that’s insane. Sending a royalty check to someone that has been in the music industry for awhile and has never seen a royalty check or, in many cases, a royalty statement, is a moment of pride. And yet we are still around and going strong.

Looking ahead, what’s next for Ipecac Recordings?

Greg: We will continue to embed ourselves in music and good people. At this point we have a collection of friends/artists that continue to make music and introduce us to other talented artists. There is plenty in the works from Patton and the Melvins as well as exciting bands like Daughters, Spotlights, and Human Impact that we are helping build. You can expect the next couple of years have very cool and surprising projects in the works. In no time we will be celebrating our 30th anniversary. A couple of old guys still promoting unique art.

Previous: Gibson Chris Cornell ES-335 Tribute Signature Guitar Announced
Next: Dane Cook Wisdom: “If you are gonna bitch and moan about how unfair life is…..”