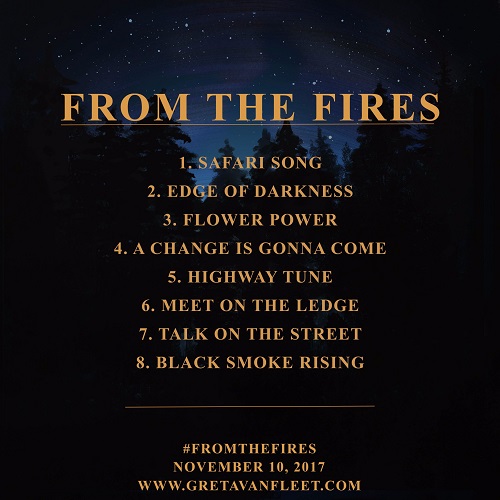 Greta Van Fleet will release From the Fires on Friday, November 10th. The new double EP will feature one disc of four new tracks while the other four-song disc will include tracks from their studio debut, Black Smoke Rising, which was driven by the band’s breakthrough hit “Highway Tune.” The tracklisting for From the Fires has been posted below.

Twenty years ago, the band’s Led Zeppelin-inspired sound probably would have been viewed as an insult, but today’s music environment seems to disregard the outright thievery and welcomes it with open arms. Greta Van Fleet is steeped with talent and the members are incredibly young, with the average age being around 21 years old, so there’s still plenty of time to craft a unique sound.