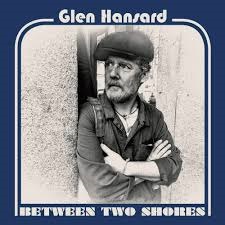 “Wreckless Heart,” a new track from Glen Hansard, has been embedded below. The track is taken from his upcoming third solo album, Between Two Shores, available worldwide January 19, 2018 via Anti-.

Produced by Hansard himself, the ten-track collection was recorded at Black Box Studios in France with the original idea of taking inventory of his songbook. Working again with former Frames bandmate and producer David Odlum, Hansard was in search of a direction for his next record. As he trove through his previous sessions, various ideas and home recordings, a sketch of an unplanned record began to take shape.

While the record truly came together in France, Between Two Shores features material captured in New York and Chicago with a revolving cast of musicians. The record also features drummer extraordinaire Brian Blade and members of his Fellowship Band, Thomas Bartlett, Brad Albetta and Rob Moose. However it’s Glen’s touring band – Joseph Doyle, Rob Bochnik, Graham Hopkins, Justin Carroll, Michael Buckley, Ronan Dooney and Curtis Fowlkes – that feature most prominently and take center stage on tracks like the upbeat E Street shuffle of “Roll On Slow” and the Van-tastic “Why Woman.”

10. Time Will Be the Healer