Guitar World: Warren DeMartini on the ‘80s: “Everybody wanted to play like Eddie, and every band wanted to hit it big like Van Halen.” You can read the entire interview @ this location.

When you joined Ratt, did you and Robbin Crosby hit it off right away? 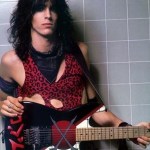 “Oh yeah. I was friends with Robbin before he knew any of those guys. He and I went to the same junior high school – not at the same time, but we lived in the same area. I was interested in the guitar, and he was already in a band that played all the time. So when I first got into the guitar, he was out of high school and living the life. His band played covers, but they did some originals, too. 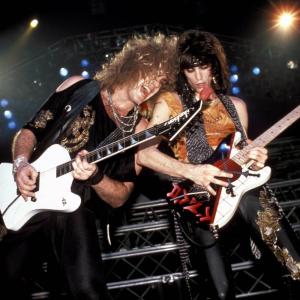 Lead guitarists usually get more of the attention from the press. Do you think Robbin ever minded the spotlight falling more on you?

“If he did, he didn’t mention it. I mean, he never said anything like that. And you know, I didn’t think about that sort of thing. I was just very focused on making my own contribution to the band and doing the best I could with the time I had.” 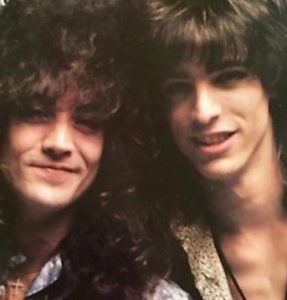 People often cite your vibrato. How did you start to develop your technique?

“From Jake E. Lee. I went over to his house, and it was the first time I saw somebody really play that way up close. I was pretty mystified about how to use vibrato, and Jake told me that I had to start slow and then go wide. After that, you don’t have to think about it anymore. That was one of the few times I got advice from somebody and was able to put it to good use.”

You mentioned Eddie Van Halen as being the top guy for guitarists when you were coming up. How much impact did he have on your playing?

“Oh, a lot, sure. There was his sound, but there was also his whole style. He had a shuffle that nobody else had. I was crazy about that shuffle in I’m the One. I think Eddie got some of that from listening to Eric Clapton, although he played much slower. There was the same kind of snappiness, though.

“Kind of a funny story about Eddie: Robbin knew him a bit, and I think he also knew some people on Van Halen’s crew, so we got passes to the band’s show in San Diego during the Women and Children First tour. I drove us there, and we got to the arena before the opening act went on. A crew guy that Robbin knew showed us Ed’s rig, and we talked for a bit.

“A while later, halfway through Van Halen’s set, I realized I left my jacket on the stage where we were talking, right behind the PA speakers on Ed’s side. My keys were in the jacket, and losing them wasn’t an option. My pass got me backstage again, so I climbed the stairs to the stage level and saw my jacket 20 feet away.

Nobody was looking, so I went for it – halfway to my jacket, I paused and took in the view from Ed’s world. The band was surrounded by the sold-out arena. Then Ed started moving to his left, and for a few moments his spotlight hit the two of us. Right when the monitor guy noticed me, I took a few more steps, grabbed my jacket and booked.”