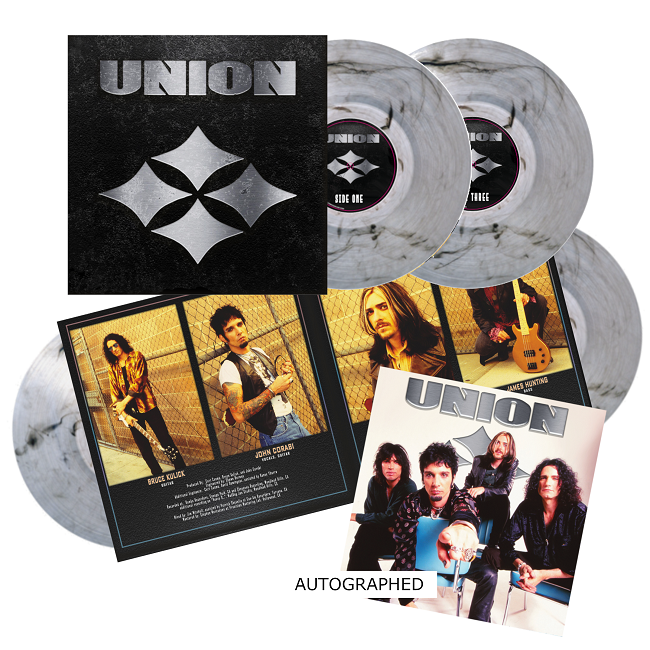 DEKO ENTERTAINMENT AND BLACKBIRD ENTERTAINMENT HAVE TEAMED UP TO BRING YOU THE SELF-TITLED ‘UNION’ ALBUM AND ‘THE BLUE ROOM’ ON LIMITED EDITION VINYL. THEY WILL GO ON SALE MARCH 1ST AT NOON EASTERN TIME.

Originally released in 1998, Union’s self-titled debut featured the pairing of guitarist Bruce Kulick who had spent the last 12 years as the lead guitarist in Kiss during their non-makeup era, and was featured on several multi-platinum albums, including the band’s powerhouse REVENGE, and singer/guitarist John Corabi who had fronted the Scream, and more recently Motley Crue, on their now cult following self titled 1994 release. They teamed up with drummer Brent Fitz (Slash Feat. Myles Kennedy & The Conspirators, Alice Cooper, Vince Neil, Theory Of A Deadman) and bassist Jamie Hunting (Roger Daltrey, David Lee Roth, Vince Neil). This was followed up by their second studio effort ‘The Blue Room’ in 2000.

‘Union’ has not been released on vinyl since its original release and will now be a 180 Gram vinyl double album in two beautiful versions, featuring bonus tracks, and a gatefold sleeve.The Premier Edition – Crystal Clear Heavy Smoked Vinyl (limited to 250 copies pressed), featuring a SIGNED Album Flat with signatures from all four members.

‘The Blue Room’ will be available for the first time as a 180-Gram vinyl double album that comes with 5 bonus tracks, the radio edits for “Do Your Own Thing” and “Who Do You Think You Are?”, along with acoustic versions of “October Morning Wind” and “Hypnotized”, and live version of The Blue Room album cut “Dead”.

View video of the band: 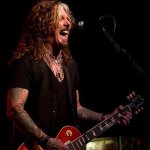 I’m really excited about the Deko re-release of the self-titled Union record, and our second effort “The Blue Room!!!” They did a great job with the artwork and packaging, and the records sound great!!! I’m just so happy for all the Union fans around the world to finally have these long-hidden gems at their disposal, instead of having to search high and low on the internet!!!! Enjoy the music, and thank you for all the love and support!!!!!” Peace, Crabby. Bruce Kulick continues, “The vinyl reissues of UNION, give our fans a fresh listen to our music. Hearing the layers of detail and devotion we gave each song, will be mind-blowing for them. The chemistry of this band rises to a new level that will not only impress our fans, it will make the curious converts to the music. It’s a proud moment for John, Brent, Jamie, and I to share with the world.”

Deko Entertainment president Bruce Pucciarello comments on this first partnership with Blackbird Entertainment on their new re-issue initiative, “We are super stoked that Blackbird partnered with Deko to make this available again. Union is a case study in pound-the-pavement rock and roll. If you want soulfulness and a groove in your fist pump, it’s all here folks.”

Do Your Own Thing
Dead
Everything’s Alright
Shine

Who Do You Think You Are?
Dear Friend
Do You Know My Name?
Hypnotized 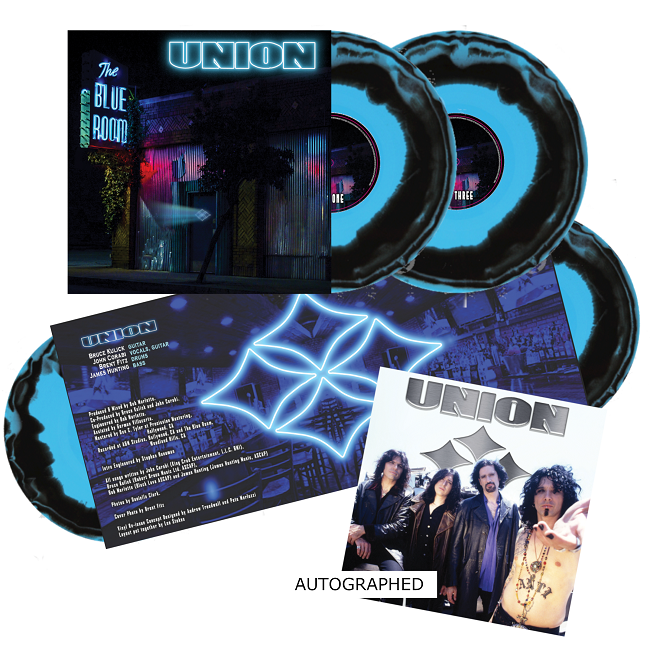