Black Sabbath co-founder Tony Iommi was the guest of honor at the official opening of BIMM Birmingham on Wednesday, October 11th. The guitarist was given a tour around the brand new £4M state-of-the-art college, during which Iommi watched an LPW (Live Performance Workshop), led by songwriting tutor Bruce Carter  (lead singer of The Whip).

Iommi commented: “I’d have loved something like BIMM where you get the opportunity to live your dreams. In my day, I had to teach myself, but now with all these facilities you can learn everything you need to know about the business.”

The tour around the building culminated in the impressive drum room, where Tony had a one-on-one meeting with James Atwood, who’d been personally selected by Tony to receive the scholarship that bears his name. Being awarded this prestigious scholarship means that James has his course fees covered for the entirety of his degree at BIMM Birmingham.  “Tony was very friendly and asked me about my ambitions,” said James.  “He was interested in what I’ve been doing at BIMM and how I’m progressing. To be recognized for my drive as a musician is an honor.”

In closing, Iommi told the students: “You can learn a lot here. Love what you do, stick with it and hopefully, you will be successful. I want to come back and see how you do.  Good luck everyone.”

BIMM, The British and Irish Modern Music Institute is the largest and leading provider of contemporary music education in Europe. 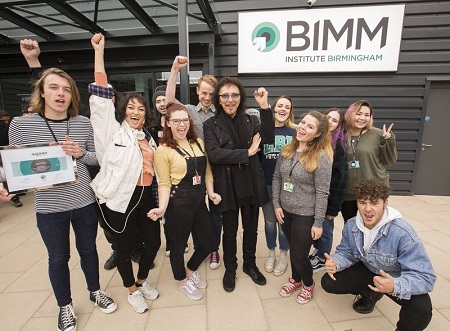 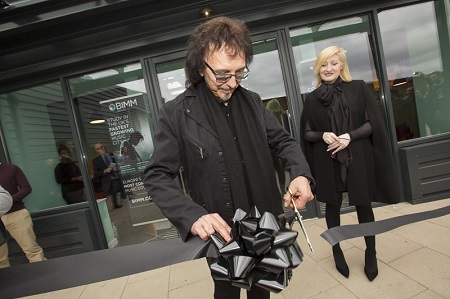 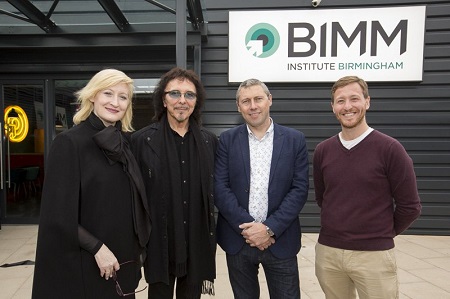 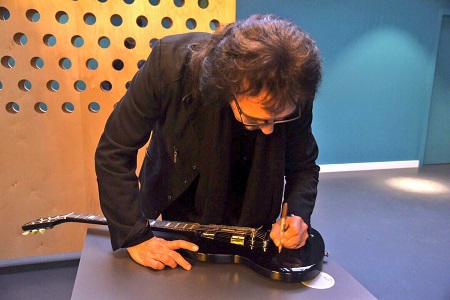