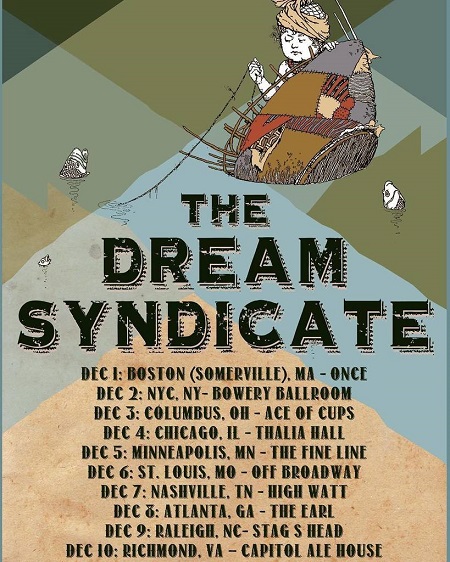 The Dream Syndicate will launch a string of U.S. tour dates tonight (12/1) in Somerville, MA at the Once Ballroom. The 16-date trek will make stops in New York, Chicago, St. Louis, Nashville, Atlanta, Los Angeles, San Francisco, Washington and Dallas before wrapping up on January 19th in Austin, TX at 3TEN Austin City Limits Live.  A list of dates can be found below.

The group released their fifth studio album, How Did I Find Myself Here?, on September 8, 2017 via ANTI- Records. The single, “Filter Me Through You,” has been embedded below.

The Dream Syndicate began in Los Angeles in 1981, shortly before releasing The Days of Wine and Roses, a widely acclaimed album that has been called a cornerstone of the indie rock movement that followed. Artists such as Kurt Cobain, J. Mascis, Yo La Tengo, the Japandroids and many others have cited the band as a key influence. The band’s second album Medicine Show was listed as one of the 40 best albums of the first 40 years of rock and roll by the London daily newspaper, The Guardian.