David Ellefson & Jeff Young: Megadeth’s ‘So Far, So Good…So What!” Album: The Origin Story of Megadeth – 2022 – Kings of Thrash 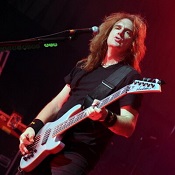 David Ellefson: As we continue the celebration of the Kings of Thrash tour coming up in October, 2022, Jeff Young / Six-Strings Inc. & David Ellefson will be checking in via their new web-a-log series entitled So Far, So Good…So What’s the Story?! providing a behind the scenes narrative and reminiscing on moments which made the So Far, So Good…So What! album one the most pivotal Thrash records to close out the decade. 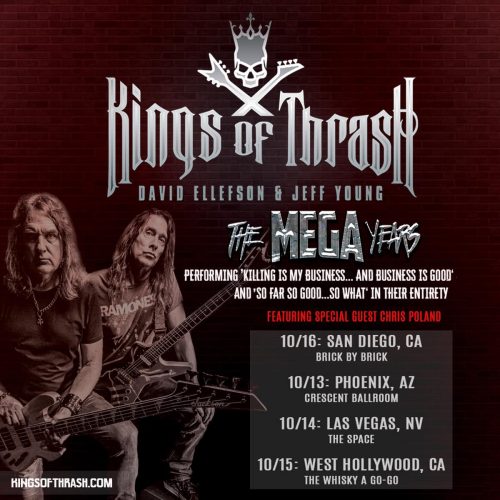 In many ways, the track ‘Set the World Afire’ on the So Far, So Good…So What! album provides the origin story of Megadeth. Although it appears on album number three of the band’s recording catalog, it was actually the very first song Dave Mustaine composed after parting ways with METALLICA in April 1983. The original working title of the song was ‘No Survivors’.

Inspired by a handbill of then-California Senator Alan Cranston, in which he proclaimed, “The arsenal of megadeath can’t be rid”, indicating that we had built up too much nuclear power on the planet to even get rid of it. A “megadeath” is the count in millions of deaths following a nuclear explosion and fallout. Bear in mind this was 1983, in the age of the Cold War and the nuclear race between the USA and Russia was in full swing.

Around this same time, my best friend Greg Handevidt (TOZ & KUBLAI KAHN guitarist/singer) and I relocated from Jackson, Minnesota to Los Angeles following our high school graduation in May 1983. Heading west to pursue our dreams of rock stardom we moved into our new digs at 1736 N. Sycamore Ave. Hollywood, California. We wanted to get to know the city, so we knocked on our upstairs neighbor’s door asking where to find beer and cigarettes. That neighbor was Dave Mustaine, who we would soon learn was a budding rock star in the international heavy metal circles. At first, he appeared apprehensive of our knock on his door as this was the big city, not the rural areas we were accustomed to dropping by unannounced. But we must have convinced him we were just harmless young Midwest metal heads sincere in our plea. Quickly, we set out to grab a case of Heineken beer at the local liquor store on Hollywood Boulevard. Returning back to the Sycamore apartments, stories flowed & camaraderie engaged which could only be described as a divine intervention to change the trajectory of each of our own lives as well as that of metal music in the very near future. 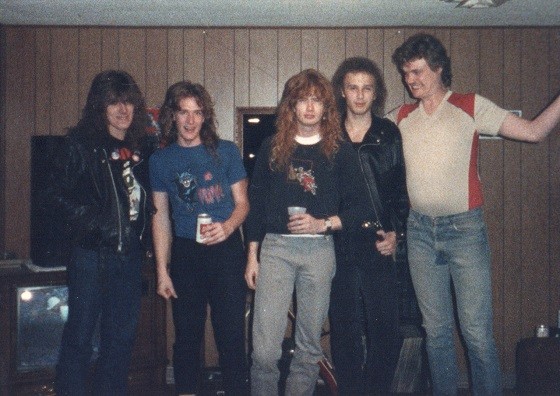 As a humorous and colorful storyteller, himself, Dave gave us the full scoop on his musical history and that of his former band METALLICA, a group we hadn’t heard of yet in the Midwest but was making waves as the next ‘big thing’ in the underground metal scene. We quickly learned, Dave had just parted ways with the band six weeks earlier and was now in search of musicians in the LA area to start up his next group, under a preliminary working moniker of FALLEN ANGEL. Dave played us a few riffs of his new music and we were hooked. And, since Greg and I had just traveled to LA looking to start or join a new group ourselves, our serendipitous meeting with Dave seemed destiny for everyone.

Early the next morning (and a bit hungover) Greg and I quickly agreed to get behind Dave’s vision and to set out to play with him in the new group, becoming the first publicly ceded guitarist and bassist for the band.

Within a couple weeks we rehearsed in Hollywood & Glendale as a unit with our then-lineup of Dijon Carruthers on drums and Lor Caine on vocals. Returning back to our Sycamore apartment after rehearsal one afternoon to discuss among other things, the name of the band, it was Handevidt who suggested we call the group MEGADETH, the word taken from Mustaine’s ‘No Survivors’ lyric, but removing the “a from death” so it wouldn’t have a bad omen around it concerning death. At first, Dave was apprehensive about the name, but Greg was a convincing salesman and Lor loved it, too! To me, it was something that would certainly scare people and get their attention!

Dave eventually warmed up to the name and agreed that by making it an eight-letter word it would be make a uniform logo and be congruent with numerology, the numeral “8” being the perfect number with its continuous infinite loop design. Soon, the name stuck, and the rest is history.

In our many Sycamore band discussions we would talk about everything from our stage design to stage names. We opted to use our family given names (rather than fictitious stage names) and ‘Junior’ became my nickname, a workaround to the matter of two ‘Dave’s’ being in the group. I would later just go by my given name of ‘David’. Everything was meticulously planned before it would ever enter rehearsal, the stage or recording studio…nothing was left to chance. In many ways, the band was like a strategic war plan session as much as it was a musical group. Never did we just get in a room and jam ideas. Instead, everything was carefully planned and composed. Very war-like planning indeed!

While that lineup would last only a few weeks before changes began, Dave and I carried on as the only two remaining founders of the group until it disbanded in 2002, and my return again from 2010-21. As for the song ‘No Survivors’ it would make its debut in our live shows in 1984 but would be moved to the recording sidelines until the So Far, So Good…So What! album in 1988. The song would then be renamed ‘Set the World Afire’.

The short prelude to the song on the LP (following the album’s opener ‘Into the Lungs of Hell’) is a track by the jazz vocal group THE INK SPOTS (1934-54) which features a snippet of their song ‘I Don’t Want to Set the World On Fire’.

Previous: John Easterling Pays Tribute to Wife Olivia Newton-John: “Our love for each other transcends our understanding” – 2022
Next: Megadeth’s Kiko Loureiro on Dave Mustaine Undergoing Chemo While Recording the NEW ALBUM: “Nothing can destroy this guy” – 2022 – The Sick, The Dying… and The Dead! – Guitar World Interview