Stephen King: “THE MARS ROOM, by Rachel Kushner. Most literary fiction doesn’t last very long. This is going to be around. It’s the real deal. Jarring, horrible, compassionate, funny. BTW, Kushner reads the audio, and knocks it out of the park.” 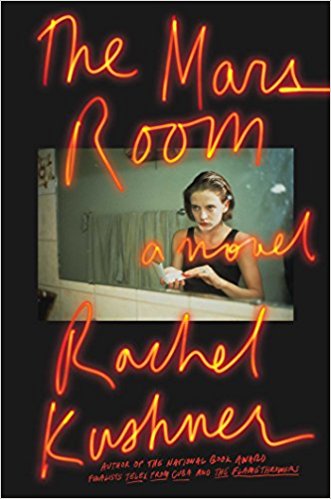 “Gritty, empathetic, finely rendered, no sugary toppings, and a lot of punches, none of them pulled.” –Margaret Atwood via Twitter

“A page turner… one of those books that enrage you even as they break your heart.” —The New York Times Book Review (cover review)

From twice National Book Award–nominated Rachel Kushner, whose Flamethrowers was called “the best, most brazen, most interesting book of the year” (Kathryn Schulz, New York magazine), comes a spectacularly compelling, heart-stopping novel about a life gone off the rails in contemporary America.

It’s 2003 and Romy Hall is at the start of two consecutive life sentences at Stanville Women’s Correctional Facility, deep in California’s Central Valley. Outside is the world from which she has been severed: the San Francisco of her youth and her young son, Jackson. Inside is a new reality: thousands of women hustling for the bare essentials needed to survive; the bluffing and pageantry and casual acts of violence by guards and prisoners alike; and the deadpan absurdities of institutional living, which Kushner evokes with great humor and precision.

Stunning and unsentimental, The Mars Room demonstrates new levels of mastery and depth in Kushner’s work. It is audacious and tragic, propulsive and yet beautifully refined. As James Wood said in The New Yorker, her fiction “succeeds because it is so full of vibrantly different stories and histories, all of them particular, all of them brilliantly alive.”