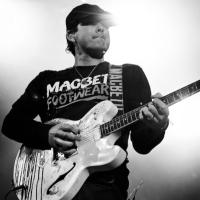 Tom DeLonge: Sekret Machines Vol 2: Man is out Oct 15! “These books are the foundation of many core beliefs of @TTSAcademy. Scholarly & highly instructive, they provide a necessary historical background for what we are striving to achieve.” Jim Semivan, TTSA CoFounder 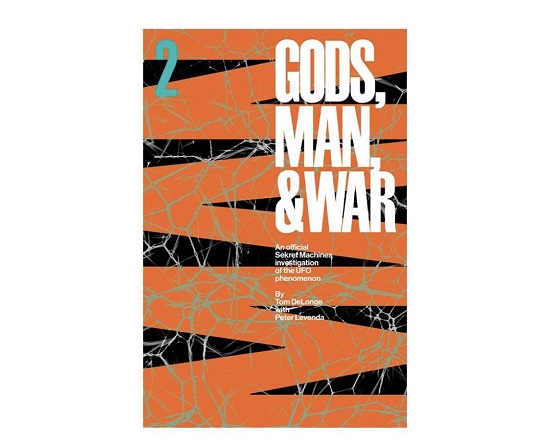 The stunning continuation of an intensive study of UFO phenomena in which the hard science, technology, and the human mind are explored as they relate to our world and the encounters that people are still having today…

In Sekret Machines: Gods, the cultural, historical, and religious aspects of mankind’s encounters with UFO’s was explained by Open Mind’s 2017 UFO Researcher of the Year and To The Stars Academy of Arts and Science founder Tom DeLonge with renowned research author Peter Levenda.

Here, they continue their revelatory work in a thoroughly-researched expose that seeks to solve the scientific mysteries of the the unidentified aerial phenomenon, the UFO experiencers whose lives were changed forever, and what it means for all mankind. To this end, they have divided their study into three fields of inquiry:

Genetics and the ET Hypothesis: Was life on Earth actually initiated by alien life forms deliberately? Many cultures worldwide hold clues in their mythos that points to this. But for what ultimate purpose would this have? And what does that make humanity?

Consciousness: If the building blocks of life were truly transplanted by a higher intelligence with intent, was our human concept of consciousness included in that DNA? And as we evolve, are we headed toward eventual immortality as sentient beings?

Human-Machine Symbiosis: In this section, the concept of technological advancement is explored—focusing on our own astounding achievements in recent years in the fields of Artificial Intelligence and robotics—which leads to a much deeper question: If we have come so far so fast, what unfathomable level of technology must the phenomenon already possess?

In Sekret Machines: Man, DeLonge and Levenda go beyond the lies fed to the public for decades—using unsealed confidential records, expert analysis, and eyewitness testimony from scientists, civilians, military personnel, researchers, and UFO experiencers to reveal the wide-ranging influence that UFO forces have had upon our past, continue to exert on our present, and may hold for our future.