Sex Pistols’ Steve Jones on John Lydon: “I’ve a deep love for the guy, but I don’t wanna hang out with him” – Interview – 2022 – Johnny Rotten – Sid Vicious – Chequered Past – Michael Des Barres

John Lydon – there couldn’t have been a Sex Pistols without him. But you never really know which John you’re going to get, do you? 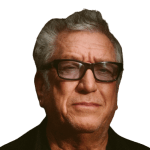 I love John. I’ve a deep love for the guy, but I don’t wanna hang out with him. He can be hard work, but I obviously admire what he brought to the table. He was unquestionably brilliant, the full package: the look, the great lyrics, he was sharp as a diamond back then, and of course it wouldn’t’ve taken off without him, never. But I think we all played a big part.

Even though Sid’s story was a cautionary one, you fell into heroin addiction after the Pistols’ break-up.

After we broke up, smack was the perfect remedy for me – just to fucking check out, not deal with it. I don’t know if it had anything to do with the Pistols, I think that was just my destiny anyway. Being an alcoholic and having a shitty upbringing, doing smack was the perfect thing for me. But I’m fucking grateful that I’m thirty-one years clean and sober, because a lot of junkies don’t make it.

Between completing the Pistols film The Great Rock ’N’ Roll Swindle and launching The Professionals, you were a gun for hire, working with Chrissie Hynde, Johnny Thunders, Thin Lizzy, Siouxsie And The Banshees, Joan Jett and, for a short while, Sham 69 frontman Jimmy Pursey. Could a Sham Pistols have ever worked?

No. It didn’t seem like a bad choice at the time, because he was a frontman, he was Jack the lad. But when we tried it there was no chemistry, it had nothing. We gave it a go, but I didn’t give a shit about anything, I just wanted to get high. I wasn’t focusing on a career, even in The Professionals. It was just something to do because I didn’t have anything else to do. I just wanted to be fucking stoned the whole time, I didn’t wanna feel.

You did manage to make an album with The Professionals, but left following an American tour to stay in the States. Had life in England become too junk-focused?

Yeah. Coming to somewhere where there was always sunshine was attractive, and leaving grim London behind, all the junkies, was a no-brainer. I was in New York for a year before I drifted to California. Doing dope there was a totally different scene from London, a lot more dangerous. I must’ve looked like a fucking fish out of water in Alphabet City.

You then spent a couple of years in Chequered Past with Michael Des Barres, but by your own admission you “didn’t give a shit about the music by then”. Did the smack even rob you of that?

Completely. We did a showcase at New York’s Peppermint Lounge, and someone said: “Let’s start a band.” I’m a junkie, so I’m like: “Yeah, okay, great,” but all I’m thinking is where can I cop, where can I get money. Chequered Past brought me out to LA and I cleaned up. I went to this fancy methadone clinic in Century City and got off the smack. I was still drinking like a fish, doing blow and all the rest of it, but I quit smack for a bit. I sold my passport as well, as you do.