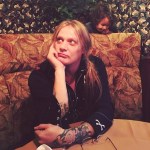 Sebastian Bach: I have recorded a new song with RUN DMC, Mick Mars, Duff McKagan & Travis Barker. Yes you read that right and yes this is real! I CANNOT WAIT FOR YOU TO HEAR THIS!!!!!! 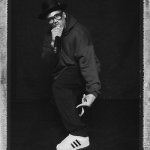 I’m putting out a vinyl EP in about four months, I got a song with Sammy Hagar, I got a song with Joan Jett. The next single we’re dropping in January or February is called “She Gets Me High” but it’s a remake of “Black Betty” by Ram Jam. It’s me on the mic, Sebastian Bach singing, Mick Mars from Motley Crue on guitar, Travis Barker on drums, and Duff McKagan from Guns N’ Roses on bass. So that’s dropping, and then Bumpy Knuckles aka Freddie Foxxx, one of the greatest underground lyricists in the history of hip hop, he’s also a great producer. He produced a song featuring the incomparable DJ Jazzy Jeff, Ice-T, and Chuck D of Public Enemy, all of us together.