Ginger Wildheart Tries to Take His Own Life, “The suicide attempt failed” 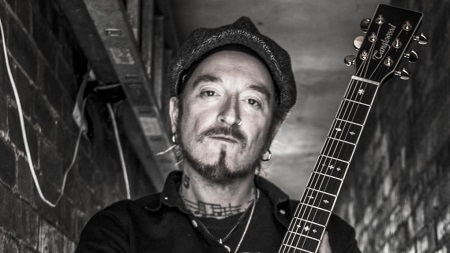 According to a recent Twitter post by Ginger Wildheart, the singer/guitarist attempted to take his own life. Yesterday, Ginger tweeted, “Well the suicide attempt failed. Fucking gutted. Currently sectioned for who knows how long.” The tweet was met with a slew of responses from fans, mostly positive, but I think what’s most disturbing were the mean-spirited replies, comments like, “1st thing I learned on guitar, is how hard it is, u have a talent and an avenue to express it. You’re being a selfish prick”, another one read, “Deserves you right. They should throw away the key. You can’t go around assaulting people and expect to walk away. Cunt.”

Just a reminder to those who need to shit on someone in that position – when a person attempts to take their own life, they are at the VERY bottom. The last thing they need is someone spewing hate or showing a lack of sympathy & understanding. Instead, show these people some love, maybe share some insight. If they influenced your life, let them know. It doesn’t take much effort to be nice…But if you just can’t do it and you have to be shitty, then YOU are taking up space on this planet.

My life has become unmanageable under medication.
My latest med, Duloxetine, has damaged and destroyed so much.
Beware of Duloxetine. -Ginger Wildheart

Heard rumours that the new shows are being cancelled?!

If true, this is NOT my decision. I’d have liked a celebration of my music w/guests -Ginger Wildheart

My life is a fucking mess. This shit can’t end quick enough. Who the fuck could miss this fucking place? -Ginger Wildheart

Right it’s been fun guys, and (seriously) moving, but the Americans have woken up now and I can’t be responsible for my replies. -Ginger Wildheart

Ginger Wildheart is an English rock guitarist, singer and songwriter, best known for his band The Wildhearts.

Duloxetine is a medication mostly used for major depressive disorders, anxiety, fibromyalgia and neuropathic pain. It failed to receive US approval for stress urinary incontinence amid concerns over liver toxicity and suicidal events, however, it was approved for this use in the UK, where it is recommended as an add-on medication in stress urinary incontinence instead of surgery.

A week in hospital for observation, then moved to another hospital that don’t know me from shit. Nurse Rachet, where are my cigarettes?

@GingerWildheart still on of my fave snaps from time gone by in 2002 hope you get well soon sending love pic.twitter.com/0W6wmiMheO

Songs you have written have made a positive difference in the way I’ve lived my life, thank you for that my friend https://t.co/0rBwzs7moy

Sending all of my love and strength to brother @GingerWildheart Thinking of you, brother. Do not hesitate to call on me if I can help. ?✊?? pic.twitter.com/yJ3WPoLRj0

Increase the chemical in your brain responsible for happiness by adopting the following practices: https://t.co/BqhGNdTuPJ pic.twitter.com/NKVMWs0OgP

Previous: Ex-W.A.S.P. Guitarist Chris Holmes, “I remember partying with Cliff Burton all the time”
Next: VIDEO Premiere: Mogwai’s “Party In The Dark”