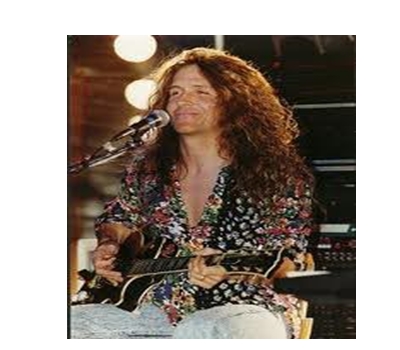 FIB: What are you up to these days?

RJ: LOT’s of solo acoustic gigs. Private parties, clubs, concerts. I’m playing all the time and most of it involves solo shows. I do all the Zebra material plusa lot of classic rock – Zep, Beatles, Moody Blues, Elton, Bowie, etc I have also been performing with symphony orchestras around the U.S. doing the music of Led Zeppelin, The Doors, Pink Floyd and The Eagles.

RJ: First of all I never envisioned myself doing anything like the symphony shows. I got involved with the conductor/arranger Brent Havens in 1996 and it has been quite a learning experience for me. I love the music of the shows I perform in and that is what makes it so special for me. As complex as it may appear from a technical stand point it is actually the easiest type of performance I do. For the most part I am the lead vocalist and occasionally I play acoustic guitar.  Compared to the effort it takes to do a Zebra show it is like a trip to the amusement park for me !

FIB: Will there be any new material coming out in the near future?

RJ: I want to have a new Zebra CD out sometime next year. I am also finishing up a solo acoustic DVD that should be ready in late November!

FIB: As a New Orleans native, what was it like going through Katrina? How are things now?

RJ: Things are a lot better. Some people are moving back but for the most part the city is rebuilding it’s population with new blood. Katrina for me was like the worst nightmare you ever had and you were so glad it was just a dream when you woke up.
Unfortunately, I’m still waiting to wake up.

FIB: How are things going after the recent BP oil spill?

RJ: I was just on Grand Isle on Sunday and the people there were in good spirits. The water looked great and people were catching a lot of fish. Seems like a lot of the oil has dissipated and that all the work protecting the marshes while the oil was drifting in was well
worth it !!

FIB: Your voice has often been compared with legendary Led Zeppelin frontman Robert Plant?  What musicians inspired you?

RJ: The Beatles, Zep, Moody Blues and Yes are my biggest influences. Of course I could add to that list The Allman Brothers, Hendrix, Elton John and a lot more!! 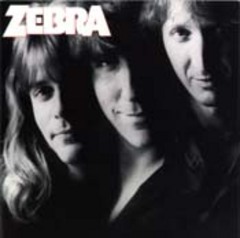 FIB: Zebra signed a deal with Atlantic in 1982.  Your first self-titled album was the fastest-selling rock release in Atlantic Records history.  What was that time like for you?

RJ: It happened really fast. We had been playing together for 8 years at that point and then out of nowhere Atlantic signs us.

Zebra – “Tell Me What You Want”

FIB: What’s your most fond memory from the recording sessions for the first Zebra album?

RJ: Playing John Lennon’s Melotron for “Who’s Behind The Door” was certainly something I won’t forget.

Zebra – “Who’s Behind the Door”

FIB: Where was that album recorded?

RJ: We recorded most of it at The Record Plant in New York. We cut some of the tracks at Atlantic Studios, Studio In The Country (New Orleans) and Cove City in Long Island.

FIB: How long did it take? What was the budget?

FIB: Zebra’s first two albums were produced by Jack Douglas (John Lennon, The Who, Aerosmith,
Miles Davis). What was it like to work with him?

RJ: Jack is a GREAT guy and a lot of fun to hang out with. I learned a LOT from watching him in the studio and we have kept in touch over the years !!

Zebra – “Wait Until The Summers Gone”

FIB: Before Zebra even signed a deal, the band had toured with such heavyweights as Aerosmith, KISS, and Molly Hatchet. Does anything stand out from that period?

RJ: Before our 1st record, we opened for ZZ Top in Florida and we actually got an encore. When we went back on stage I started the encore song with a guitar solo and someone threw an M-80 on stage and blew me sideways. As stunned as I was, I somehow kept playing and went into the song (Wait Until The Summer’s Gone). During the song I saw something coming at me from my left and I dodged it. Turned out it was just a Frisbee!

FIB: What brought about your involvement in The Sign? What are some of your fondest memories from that experience?

RJ: Mark Mangold and I had written some songs together in the 80’s and he called me about doing a project with him on the Frontier’s label. We originally wanted to ask Brad Delp to do the lead vocals but we were never able to get in touch with him through the “proper” channels. I knew Terry Brock from his days with “Network” in Louisiana doing shows with Zebra. Mark thought Terry would be great too and we contacted him. It was the right combination because besides being an awesome vocalist, Terry made major contributions to the writing process. Terry also brought Billy Greer into the project and they wrote a couple of awesome songs for the record. Bobby Rondinelli lived in my neighborhood so that part of it was a no-brainer and we did the 1st “Sign” CD called “Signs of Life”.

FIB: “Zebra IV” was released in 2003, after multiple delays (including Guy Gelso’s bout w/ cancer). How had the recording process changed for you?

RJ: We had no pressure to finish it in a “timely” manner because we financed the recording ourselves. It was the 1st time I had done an “at home” record and a lot of things were changing really fast at the time in the studio recording world. We started out on Tascam DA-88 doing the drums and we ended up several year later mixing on Digital Performer with no outboard gear. It was the first time I was able to get a decent mix inside of a “personal” computer without resorting to any “external” processing. Other than that the writing and actual recording experience was pretty much the same as I was accustomed to.

FIB: How exciting was it when the Saints won their first Superbowl in February?

RJ: I was at the 1st Saints game in 1967 when John Gilliam of the Saints ran back the opening kickoff for a touchdown against the Rams. Since then there hasn’t been a lot to get excited about. Only someone from New Orleans who has lived through it can understand the “numbness” of arguably having the “losing-est” team ever in professional sports history. Winning the Super Bowl still hasn’t sunk in for a lot of us.