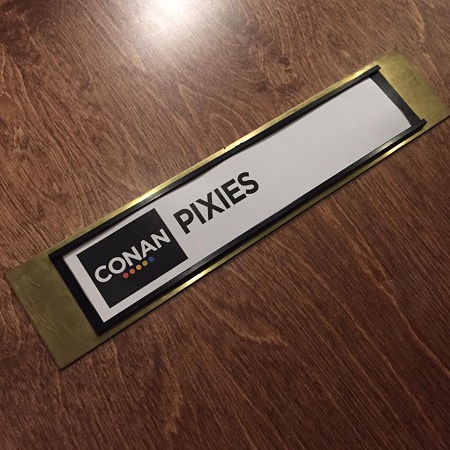 The Pixies were the featured musical guest on “Conan” last night (Thursday, April 27). The band played their new track “Bel Espirit” from their sophomore reunion album Head Carrier. You can now watch the band’s performance below.  “Conan” airs on TBS at 11PM/10PM central.

“We’re all big fans of Conan,” said Pixies Joey Santiago, “so we’re all really looking forward to being on his show when we’re starting our home-turf dates.”

The Pixies are currently on the North American leg of their tour, but will return overseas in July. A list of those dates can be found at this location.

Previous: Foster the People Just Released 3 New Tracks, Listen to “Doing It for the Money”, “S.H.C.”, “Pay the Man”
Next: VIDEO: HBO to Air 2017 Rock and Roll Hall of Fame Ceremony