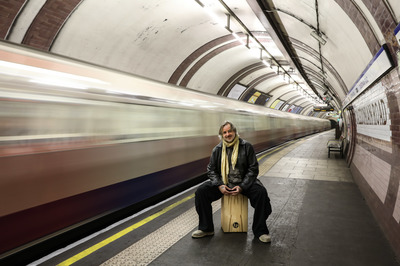 London-based multi-instrumentalist and percussionist Pete Lockett has signed on as an official endorser of Latin Percussion (LP). One of the world’s most respected percussionists, Lockett is best known for his diverse body of work including recording and touring with Björk, Peter Gabriel, Robert Plant, Dido, Bill Bruford, Jeff Beck and Noel Gallagher among many others.

“The diversity and range of LP’s hand crafted instruments will open up huge new worlds of possibilities in my playing. It is very exciting to begin creating music with these amazing instruments,” said Lockett.

Working in virtually every conceivable field of music, Pete’s diverse palette of global, musical influences and implementation of traditional percussion into modern musical settings has made him one of the most acclaimed percussionists of the modern era. His body of work includes rock, pop, jazz along with traditional Carnatic and Hindustani music of North and South India as well as traditional Japanese Taiko drumming.