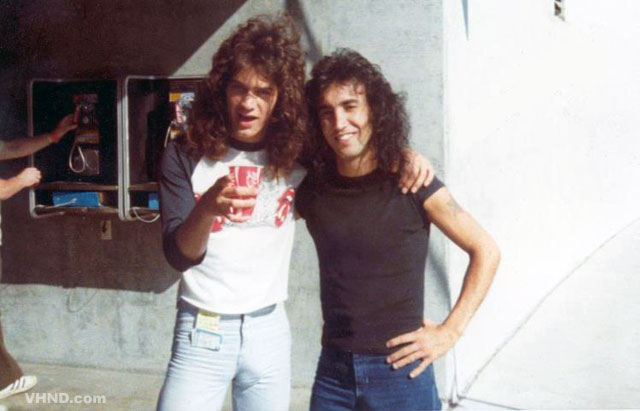 Original Y&T guitarist Joey Alves passed away at age 63 on 03/12/17. Alves had been suffering from Ulcerative Colitis, a disease that causes inflammation and sores in the lining of the large intestine.

Grew up in San Lorenzo, CA

Teamed up with Dave Meniketti, Leonard Haze and Phil Kennemore in Yesterday & Today (Y&T) in 1974.

Y&T founder, and now the only surviving band member from the classic lineup, Dave Meniketti, posted the following message:

“It’s with great sadness that I write this today. Y&T’s original rhythm guitarist, Joey Alves, passed away at 7:10 this morning at the age of 63. He suffered from ulcerative colitis and other complications that led to his passing.

“Joey was one of the finest rock rhythm guitarists, and I’ll always remember playing next to him chunking out those monster chords with his classic red double cutaway ‘59 Les Paul Jr.”

“As Ronnie Montrose once said about Joey, ‘There are rhythm players, then there’s Joey.  A class of his own’.

“He was a fun guy who always played with attitude and conviction, and was responsible for writing some memorable riffs for Y&T over the years.

“His friendship and presence will be missed. This is a great loss for all the Y&T family and faithful. He now joins Phil and Leonard in rock and roll heaven.”
-Dave

Black Tiger is the fourth studio album by Y&T, released via A&M Records. It was recorded at Ridge Farm, in Dorking, County of Surrey, England and produced by Max Norman.

Hits from Mean Streak include “Midnight in Tokyo” and the title track, “Mean Streak”, personally my fav Y&T song.

Thanks to the single, “Don’t Stop Runnin'”,  In Rock We Trust became the band’s highest charting album up to that point, reaching No. 46 on the Billboard 200 charts.  The album was produced by Tom Allom.

Tom produced:
Krokus – Headhunter
Def Leppard – On Through the Night
Loverboy – Lovin’ Every Minute of It

Down for the Count featured the band’s biggest hit “Summertime Girls”, which charted at #55 on the Billboard Hot 100. The song was initially released as the only studio track on the band’s live album, Open Fire, which came out earlier that year.

Y&T have been working on a highly anticipated documentary called ‘On With The Show’. A film constructed out of hundreds of hours of personal footage shot over the years, beginning with Y&T’s earliest days of rehearsing in drummer Leonard Haze’s grandmother’s house. There are stories from touring with Journey, Boston and Queen, to their big breaks with AC/DC, Ozzy and Dio. The documentary is also a tribute to Haze, who died last September, and bassist Phil Kennemore, who died in 2011…and now Joey Alves in March of 2017.

Message from Dave Meniketti (posted on 03/12/17):  “I saw this clip of Joey 2 days ago when I was reviewing part of the documentary. Seeing Joey on the screen while knowing he was not long for this earth was a shock to me at first, but hearing what he said in this clip really touched me. What he said is so right and I wanted to share this with deep respect for my friend. Thank you Mark and Geoff for putting this together for me.” -Dave 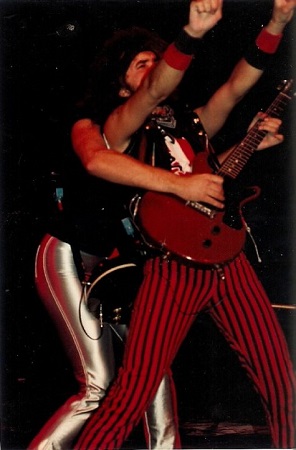