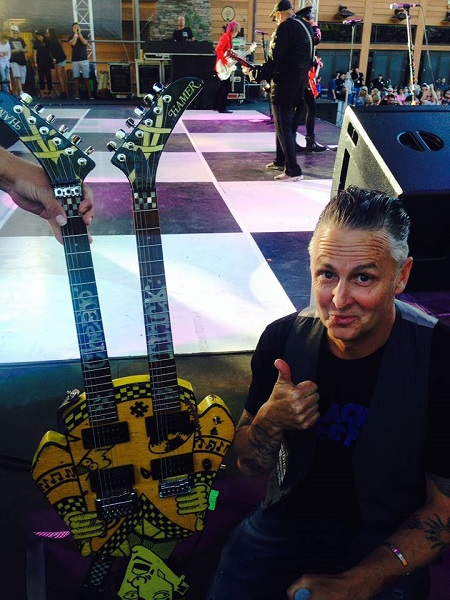 Mike McCready, GRAMMY-winning lead guitarist and founding member of the rock band Pearl Jam, has been announced as this year’s honoree at the MusiCares Concert For Recovery. McCready will receive the Stevie Ray Vaughan Award in recognition of his significant dedication to and support of MusiCares and his commitment to helping others in the addiction recovery process.

Presented by Amazon Music and benefitting MusiCares, the concert will take place at the Showbox in Seattle on May 10 and feature performances by Barrett Martin, Guns N’ Roses’ Duff McKagan and Slash, Mike Ness, Red Hot Chili Peppers’ Chad Smith, and Nancy Wilson of Heart fame.

“Recovery is a journey that you take each day, and mine has been affirming from a musical standpoint and a community perspective,” said McCready. “To be able to raise funds for MusiCares and the critical addiction recovery work they do for music people across the country all year long is humbling, and it speaks to the way we can come together to help those in need.”

An active member in the music community for more than 25 years, McCready has also been a member of Levee Walkers, Mad Season, the Rockfords, and Temple Of The Dog. Additionally, McCready plays with friends in Flight To Mars, a UFO tribute band that hosts charity events for the Crohn’s and Colitis Foundation’s Camp Oasis program and the Jennifer Jaff CareLine. When not performing, McCready has scored TV and film projects such as Fat Kid Rules The World, “Fringe,” The Glamour & The Squalor, “Hawaii Five-O,” Horrible Bosses, “Shameless,” and We Bought A Zoo, among others.